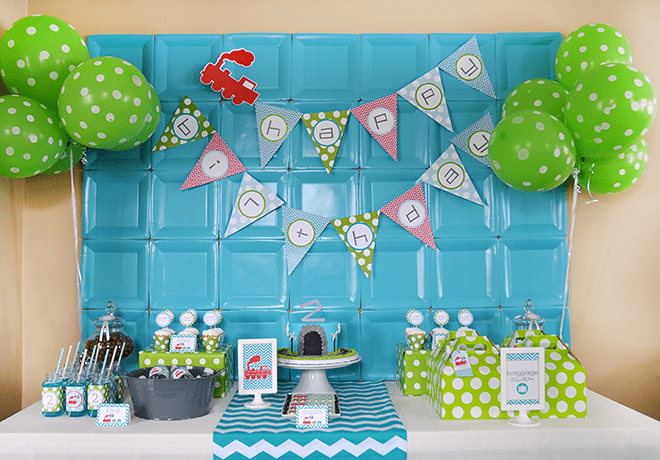 Today’s party is brought to you by Sherry Turley of Sweet Festivity, and it puts a bright and funky spin on the “train” party. There are so many fun details, including the table backdrop that was made out of blue party plates! It’s bright and gives texture to the tablescape without breaking the bank! Sherry also designed the printables for this party and you can purchase them in her Etsy shop. Read on as Sherry shares the rest of the darling details from this train birthday party!

“When planning my son’s second birthday party I knew I wanted to do trains as the theme. He is obsessed with trains, especially Thomas the Tank! I’m not really into character parties so instead of doing Thomas the Tank as the theme, I thought I would go with a modern train theme that is inspired by Thomas. A lot of my inspiration for the party printables & decor came from the “Day of the Diesels” movie. I started out by choosing a boyish color theme that was modern, and not primary. I decided to go with teal and lime green. Then, I started designing the invitation using a chevron pattern and a polka dot pattern. The planning came along very easy after that since polka dots and chevron are everywhere right now! I was able to find a lot of the lime green polka dots and solid teal at Party City. Online, I found and purchased one of the original Railway Series books by Rev. W Awdry (before it became “Thomas the Tank”) to use for the guestbook. I had each guest sign a birthday note on the inside cover. And as you can see we used Gordon, who was one of the three engines in the Railway Series, on our table as part of the centerpiece. For food, we served pretzels “lumber”, chocolate malt balls “coal”, marble cake, vanilla cupcakes, and chocolate candy bars. I named the drink area “fueling station” and served water “engine fuel” and blue hawaiian punch. The “Baggage Claim” is the favors. I purchased the gable boxes so guests could take home some treats from the dessert table as a “Tank you for coming!” 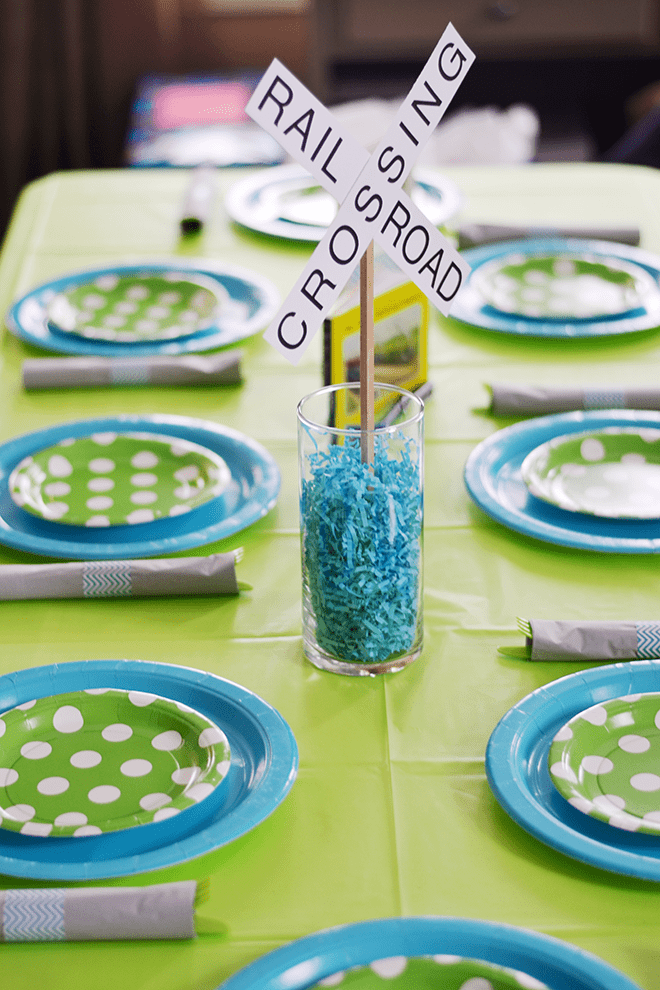 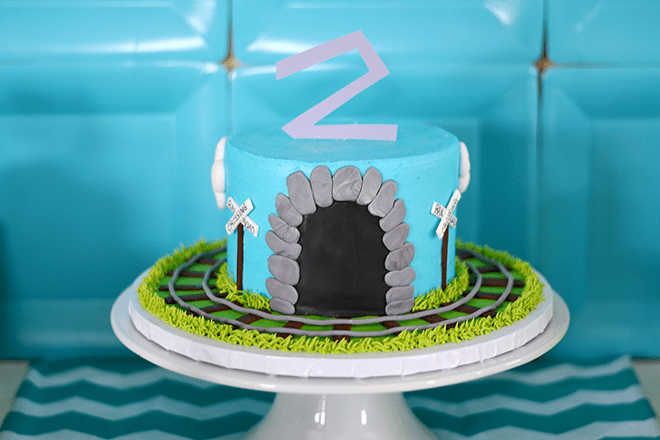 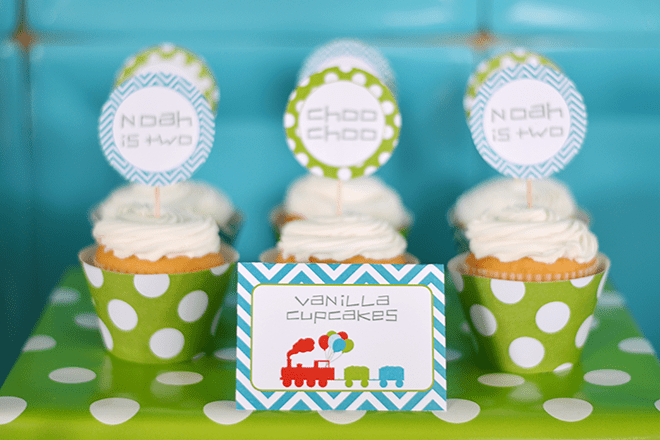 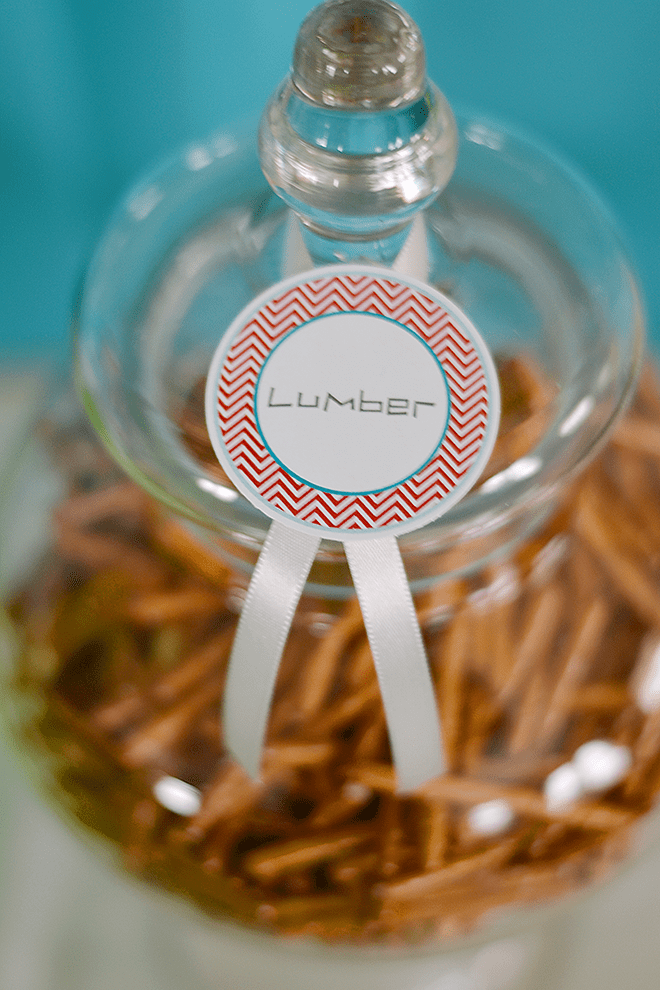 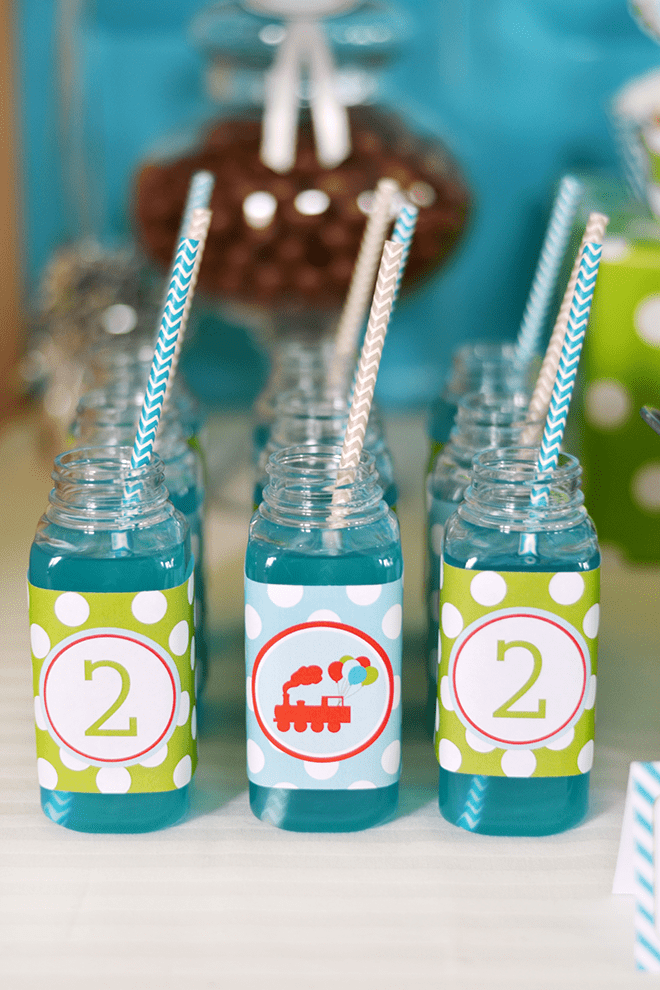 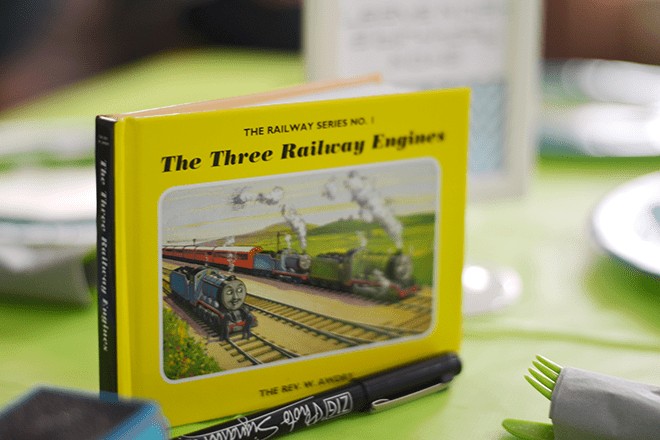 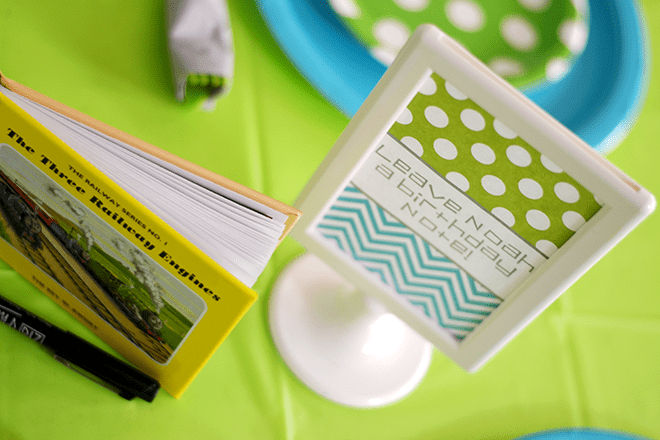 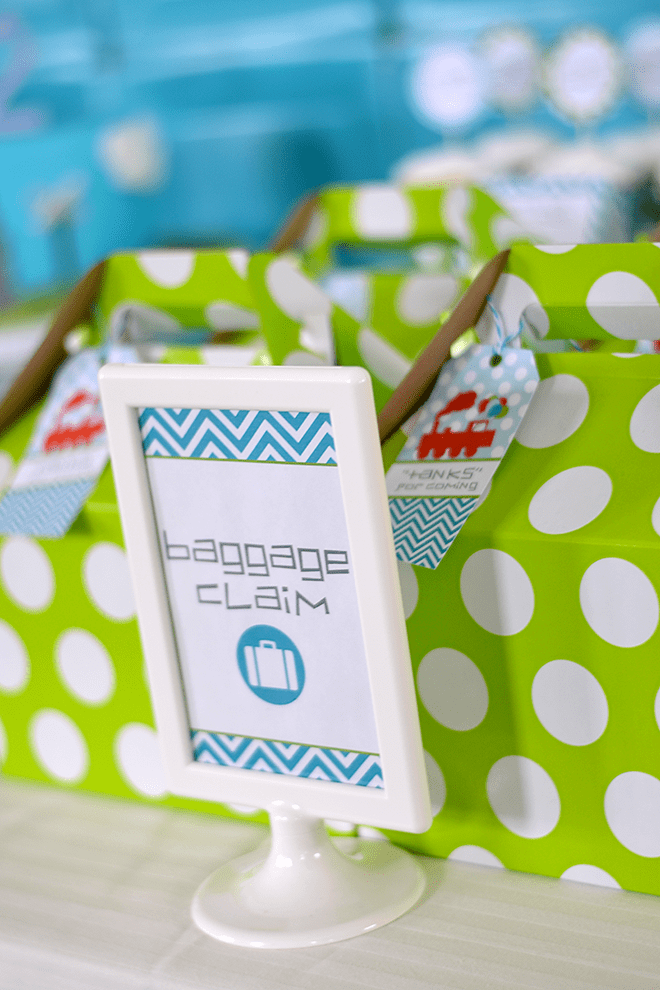 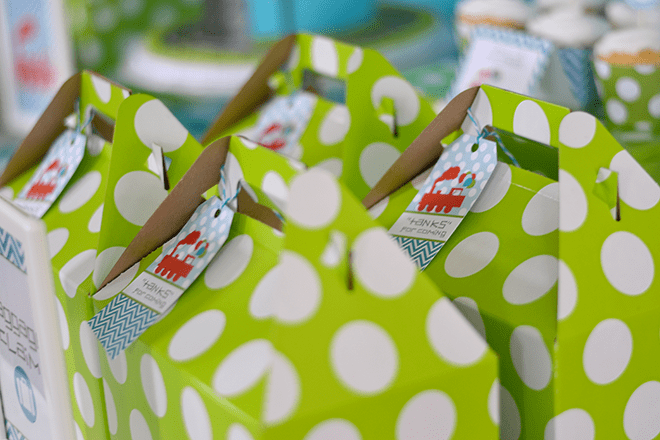 We are so inspired by the fun + bright colors in this modern train party! The polka dot gable boxes might just be our favorite. We hope you loved this party feature! Thanks to Sherry for letting us share this cuteness! We love it.