Finding a clever + cute boy’s birthday party theme can be tough, but not for Brooks’ mom who hosted a ROBOT themed 3rd birthday that was an absolute HIT! Little Brooks absolutely loves putting on his robot hooded towel after bathtime and running around saying “I’m a robot! I’m a robot!”. From gatorade as “machine oil” to robot face cut-outs, the party oozed with cute detail! Thanks to Meredith Santucci of MJ Paperie for sharing this boy’s birthday party with us! 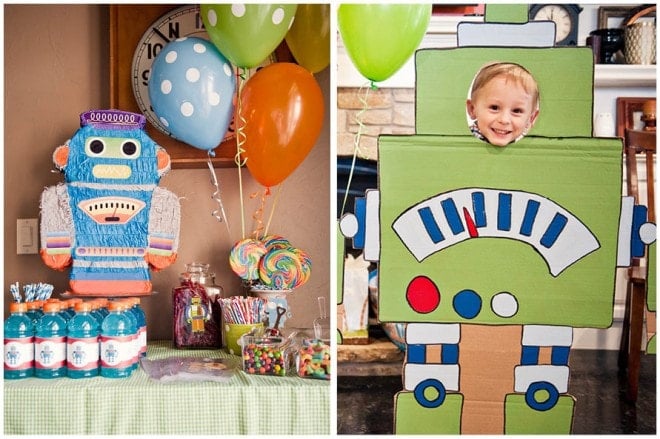 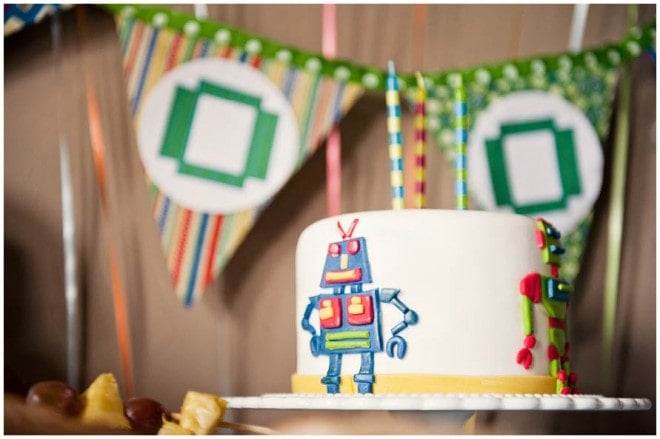 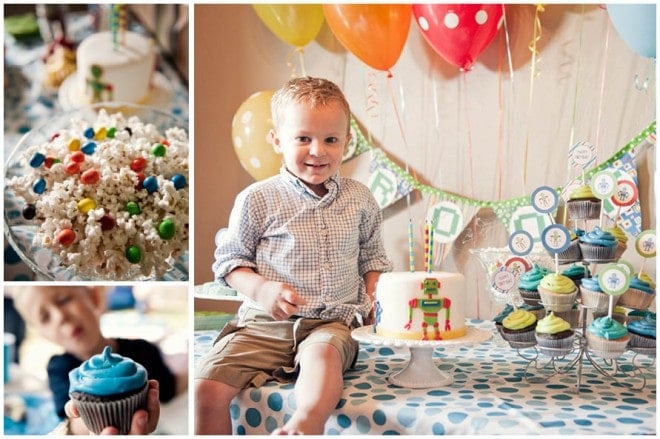 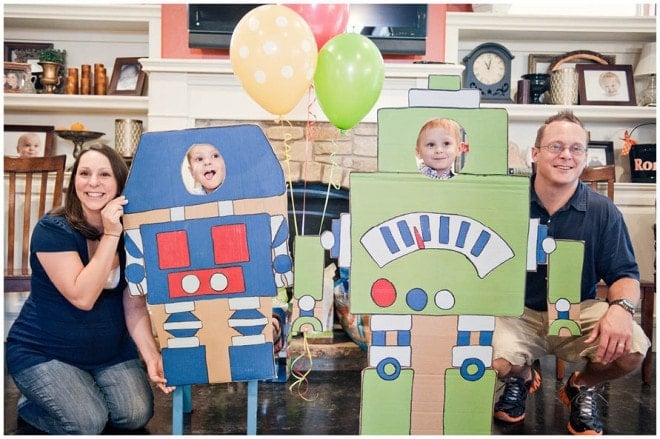 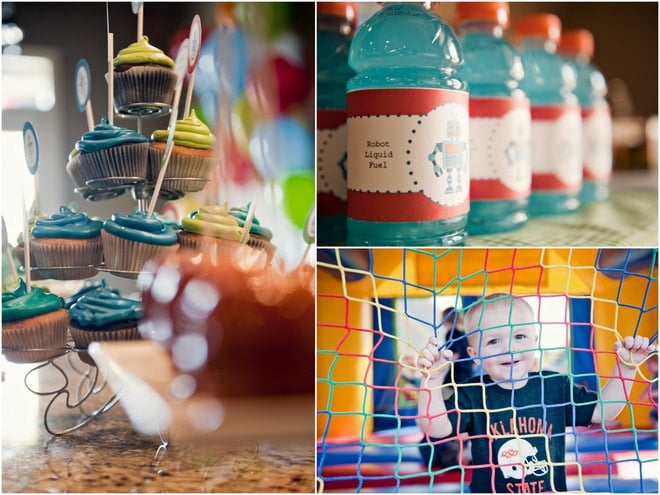 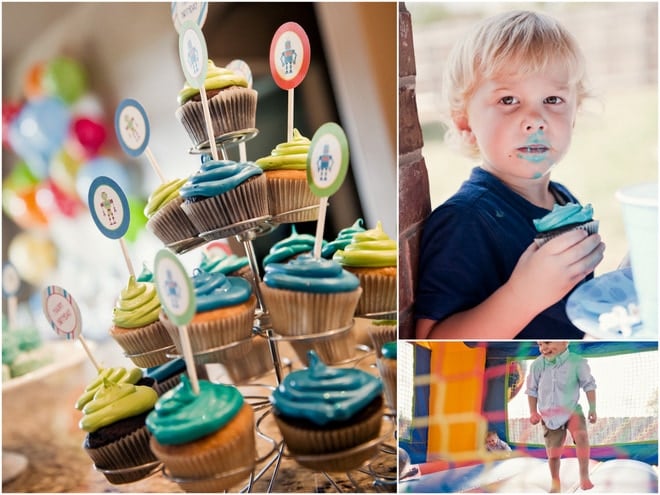 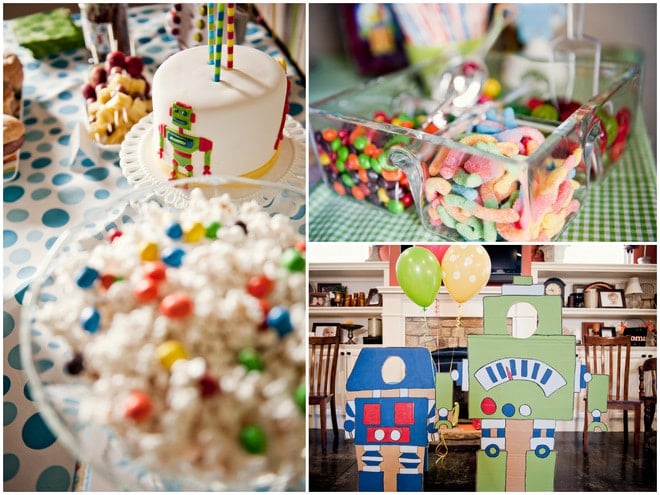 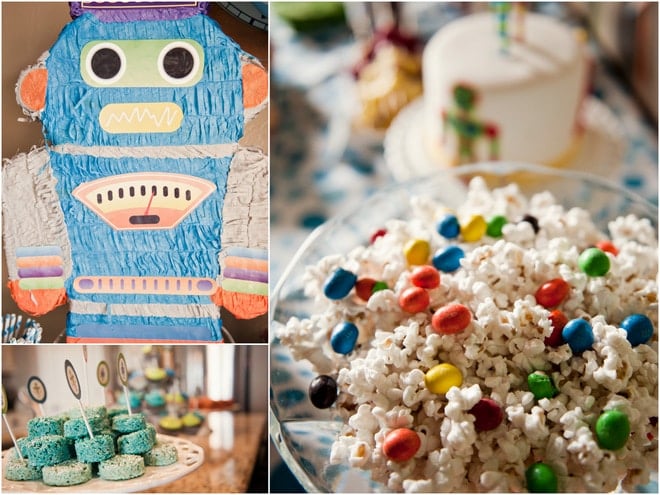