Orange cinnamon crescent rolls are made in minutes and the perfect bite-sized treat for your brunch or party! 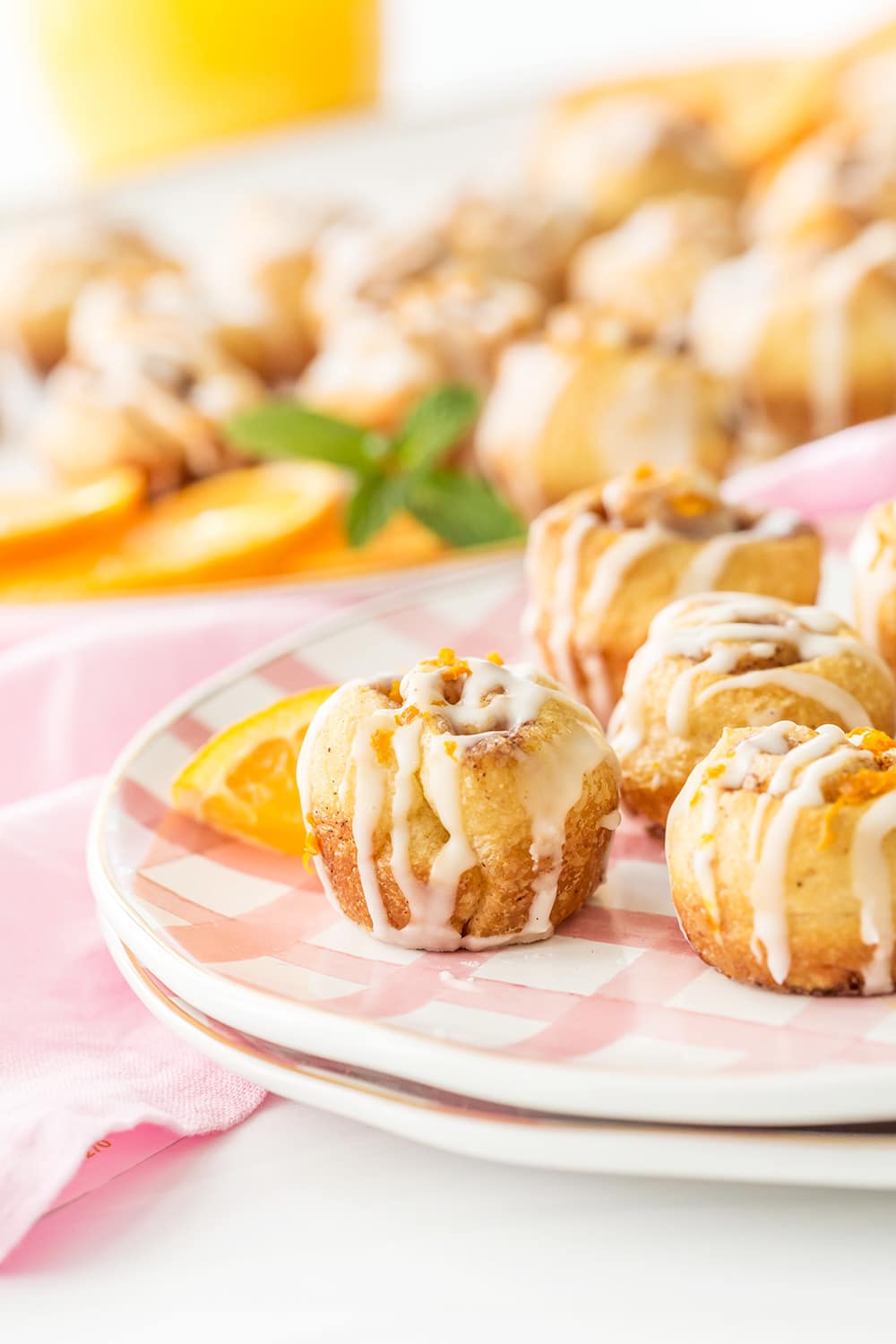 Growing up, my Mom would occasionally make orange cinnamon rolls. The entire house would smell amazing. It was the perfect combination of orange and cinnamon, so delicious. I’ve been wanting to create an EASY bite-size version of an orange cinnamon roll. I’ve GOT IT, friends. It is SO easy, and you can make them any flavor you want.

I’m obviously sharing the orange cinnamon version but you could leave out the orange for a traditional cinnamon roll. These little bite sized crescent cinnamon rolls are highly addictive. You’ve been warned. They’re best served warm, right out of the oven, but they won’t add a lot to your to-do list as they are ready in minutes. 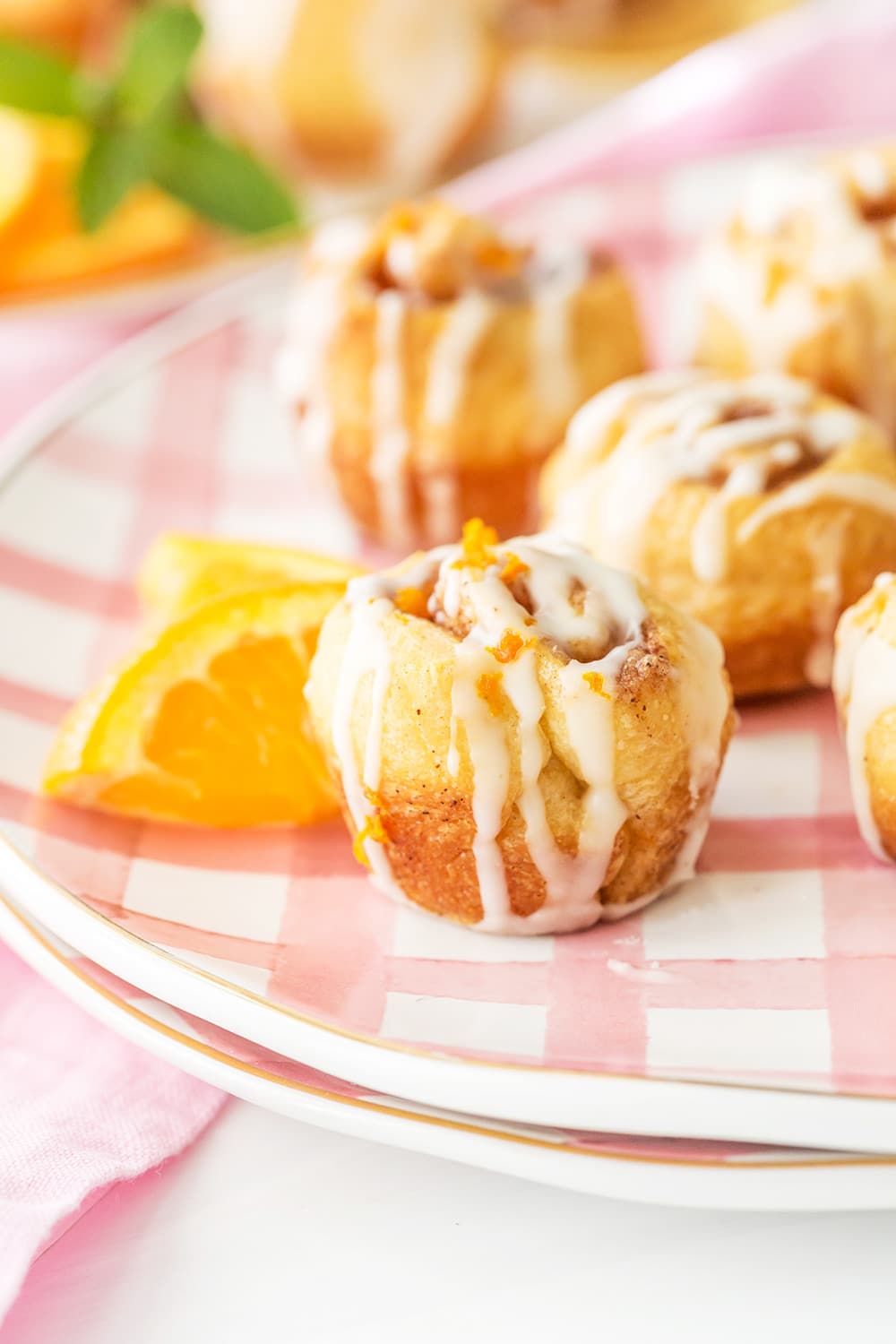 The flaky crust of the crescent roll combined with the cinnamon filling and sweet, orange glaze is absolutely mouthwatering. They’re perfect “two-bite” cinnamon rolls for brunches, baby showers, or just a weekend treat. I love how cute and tiny they are! Baking them in a mini-muffin pan is the key! 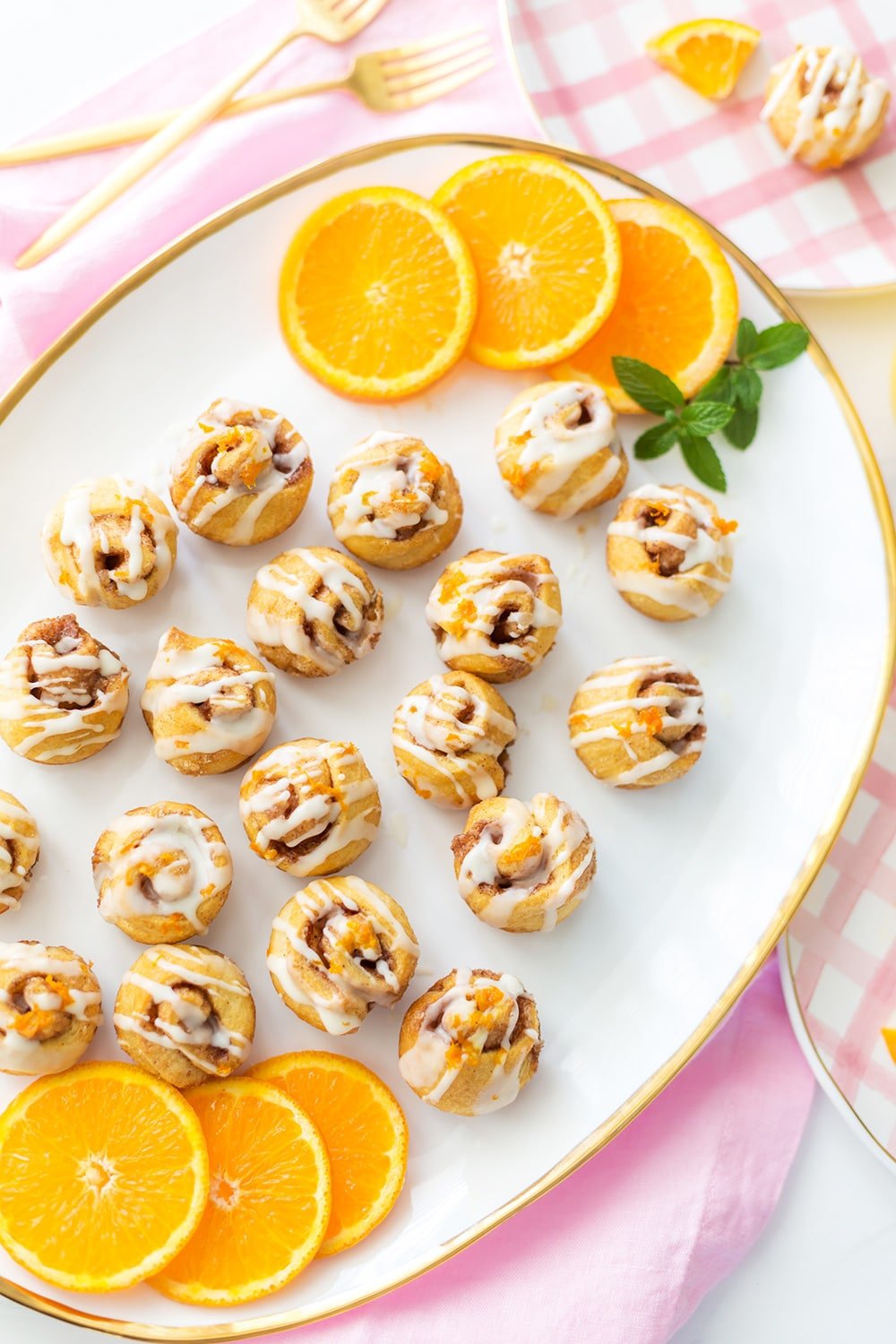 Now, just follow the recipe below which will walk you through adding the cinnamon sugar filling and how to make the orange glaze. Grab oranges and use fresh-squeezed orange juice and zest. It makes all the difference!

I’ve been thinking of trying a pecan version next. What are your favorite “flavored” cinnamon rolls? If you haven’t tried orange before, it might sound a little crazy at first, but orange cinnamon rolls are AMAZING. Plus, making them with crescent rolls is so easy. No yeast to fuss with. Score! 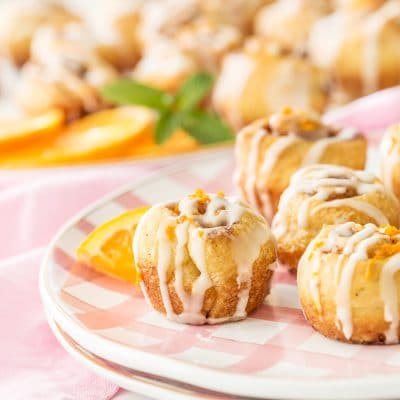 For the Cinnamon Crescent Rolls

For traditional cinnamon rolls, omit the orange zest and swap milk for the orange juice in the glaze.

If you want to go all-out and make your own homemade cinnamon rolls, I highly recommend Apple Walnut Cinnamon Rolls. If you’re short on time, however, these Orange Cinnamon Crescent Rolls will have all your friends begging for the recipe!