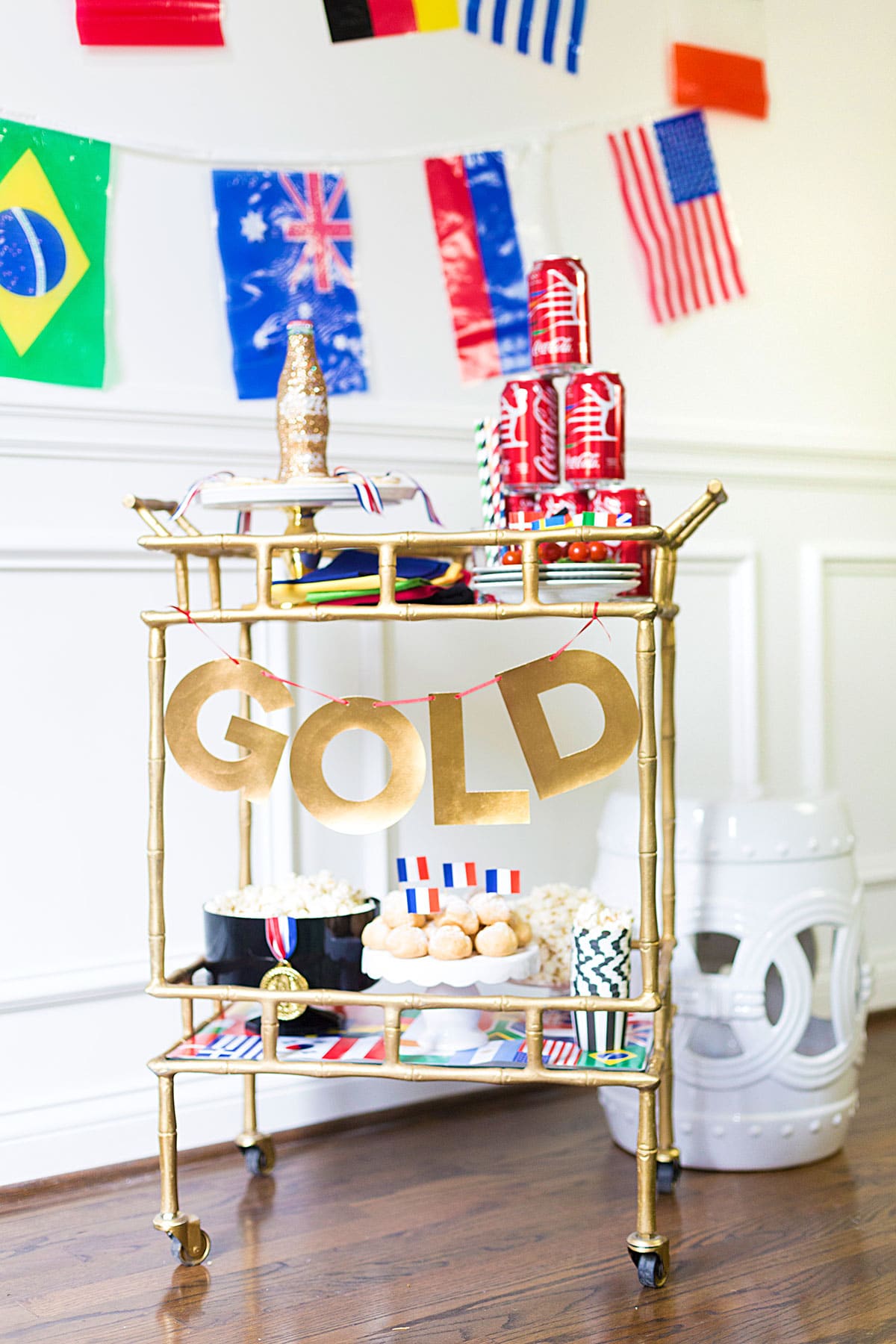 As the resident hostess around here, you might imagine I host grand “Pinterest-worthy” parties every single day, but you’d be wrong. I do love to entertain, obviously, but we just moved into a new house several months ago. I’ve been knee deep in paint swatches and boxes, so I haven’t had a chance to really “entertain” with my friends in the new house. Until now! It might seem silly, but it’s a major achievement to finally have a little party!

With the Rio 2016 Olympic Games in full swing, it’s the perfect opportunity to invite friends over and watch the Olympics. So that is exactly what I did! Anyone else obsessed with gymnastics?! It’s my fave to watch, especially the floor routine. So anyway, it may not sound like a big deal but it’s a gold medal moment that I’m actually entertaining in the new house. There is still a lot to be done but it can wait, it’s time to have fun! So I’m sharing my little viewing party pics with you…and more details on the #ThatsGold campaign! 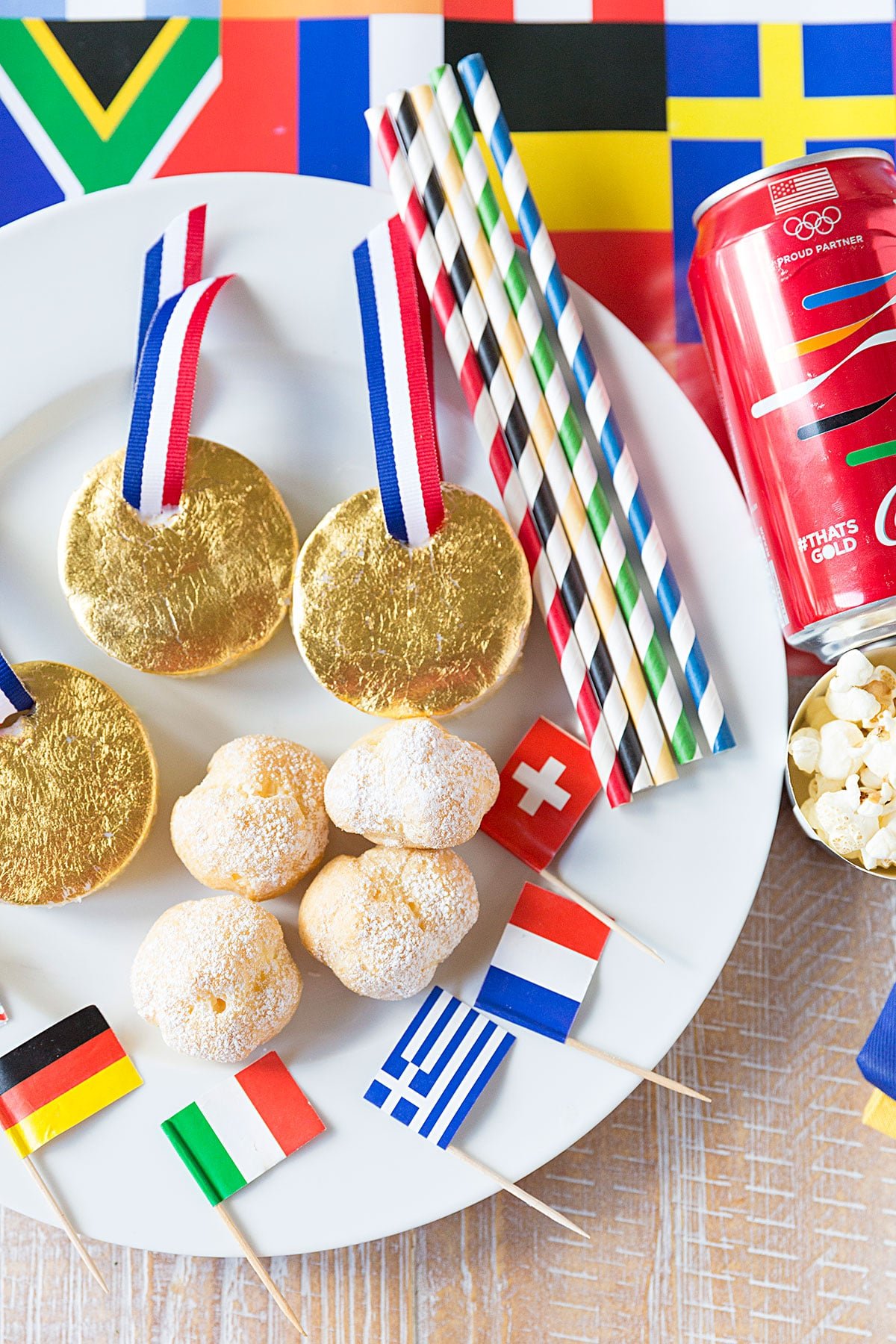 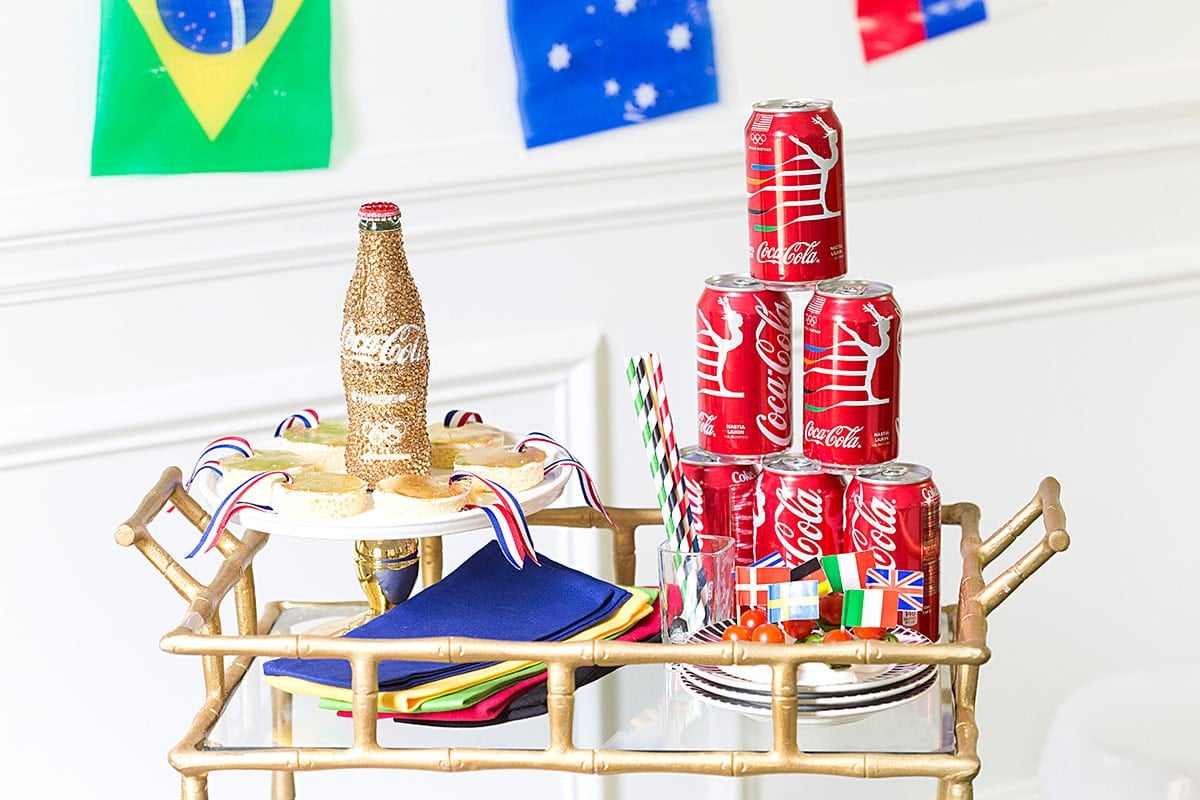 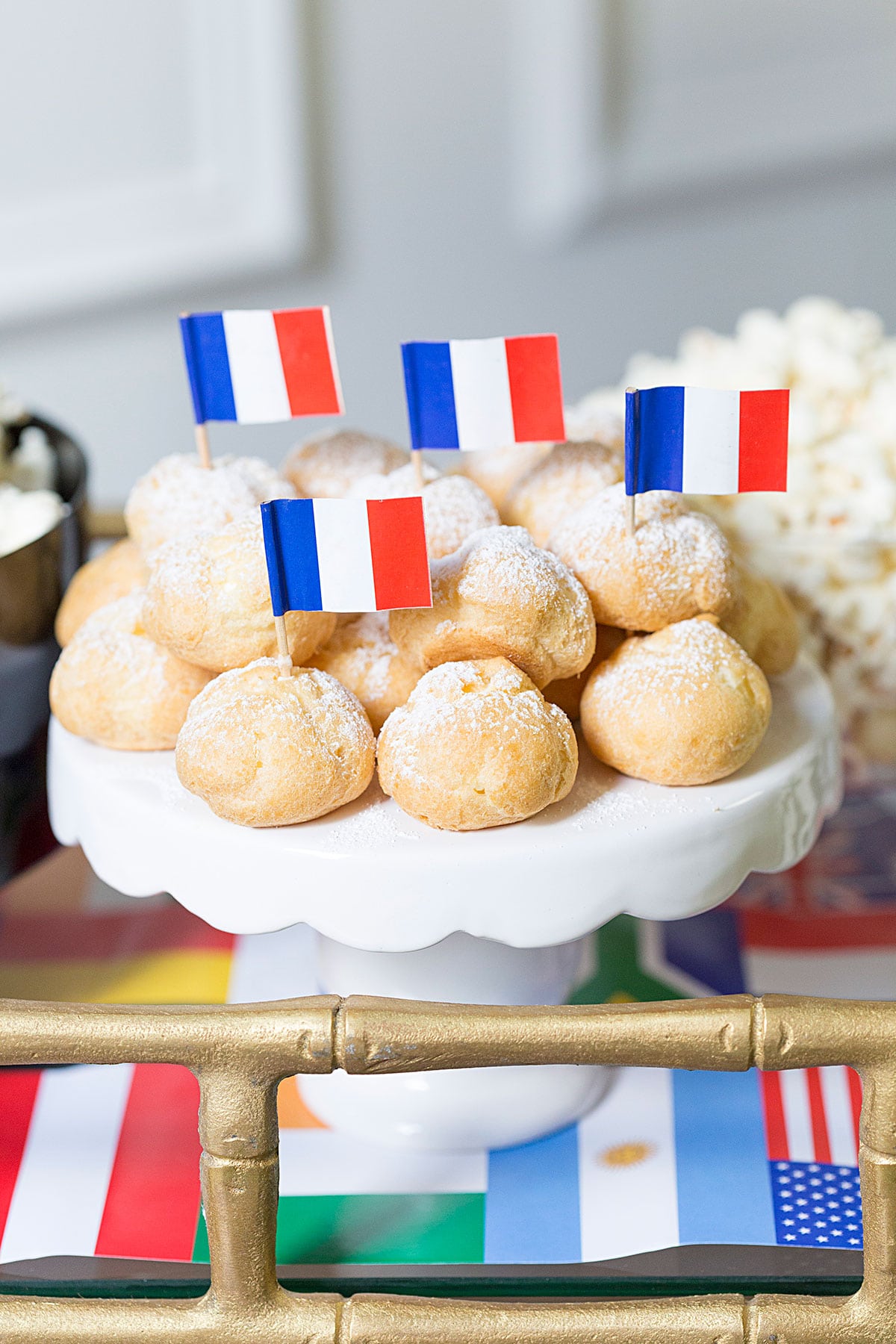 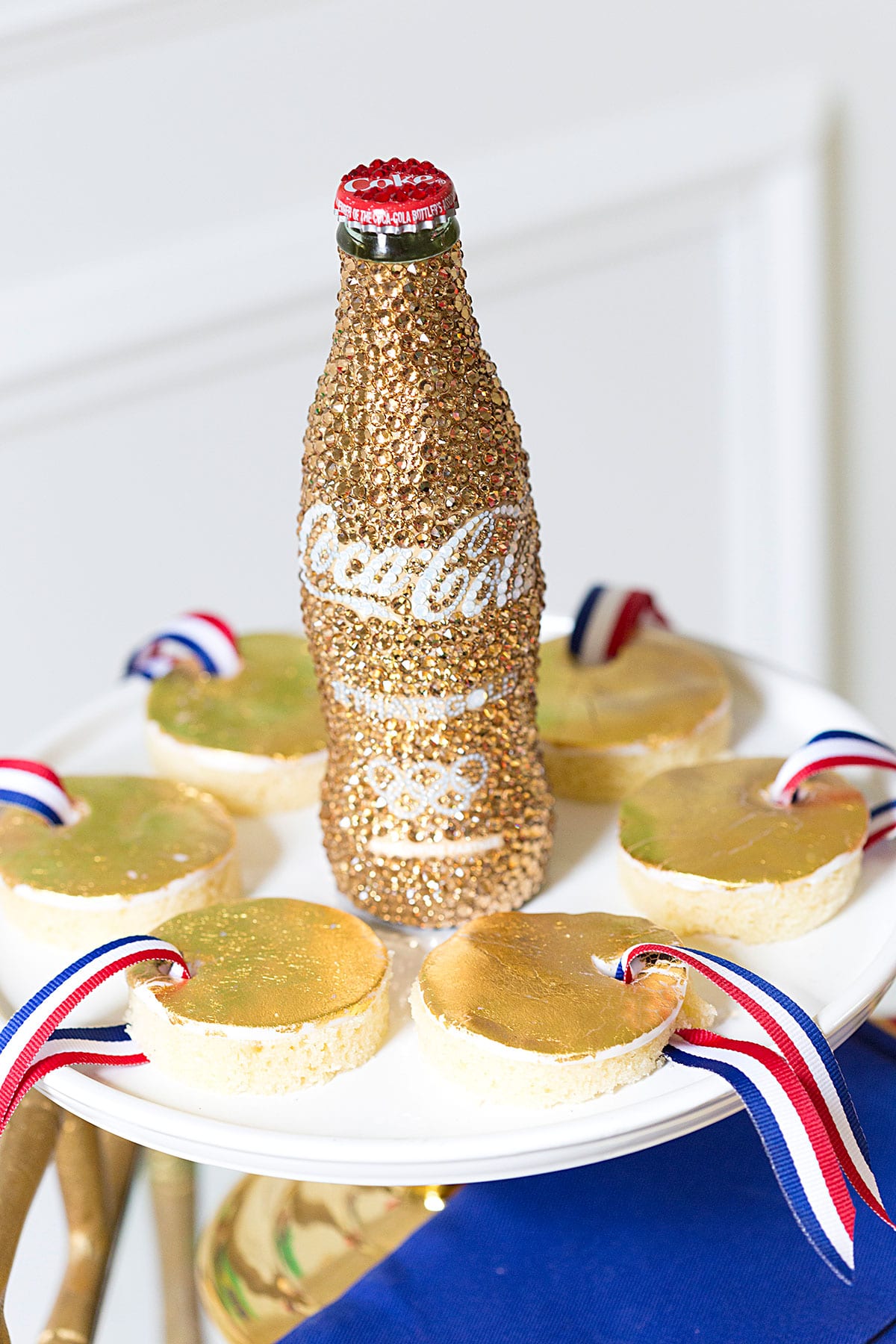 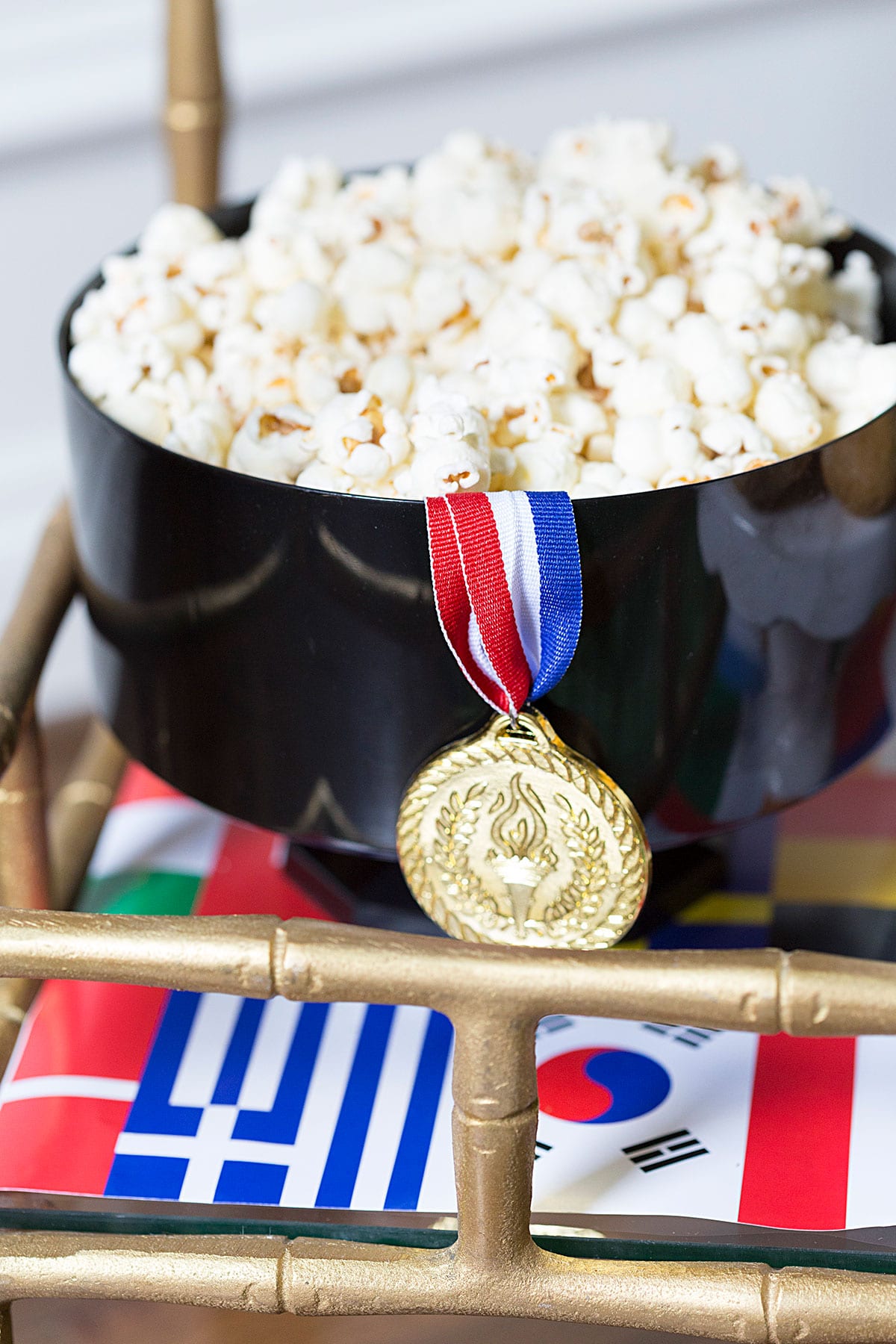 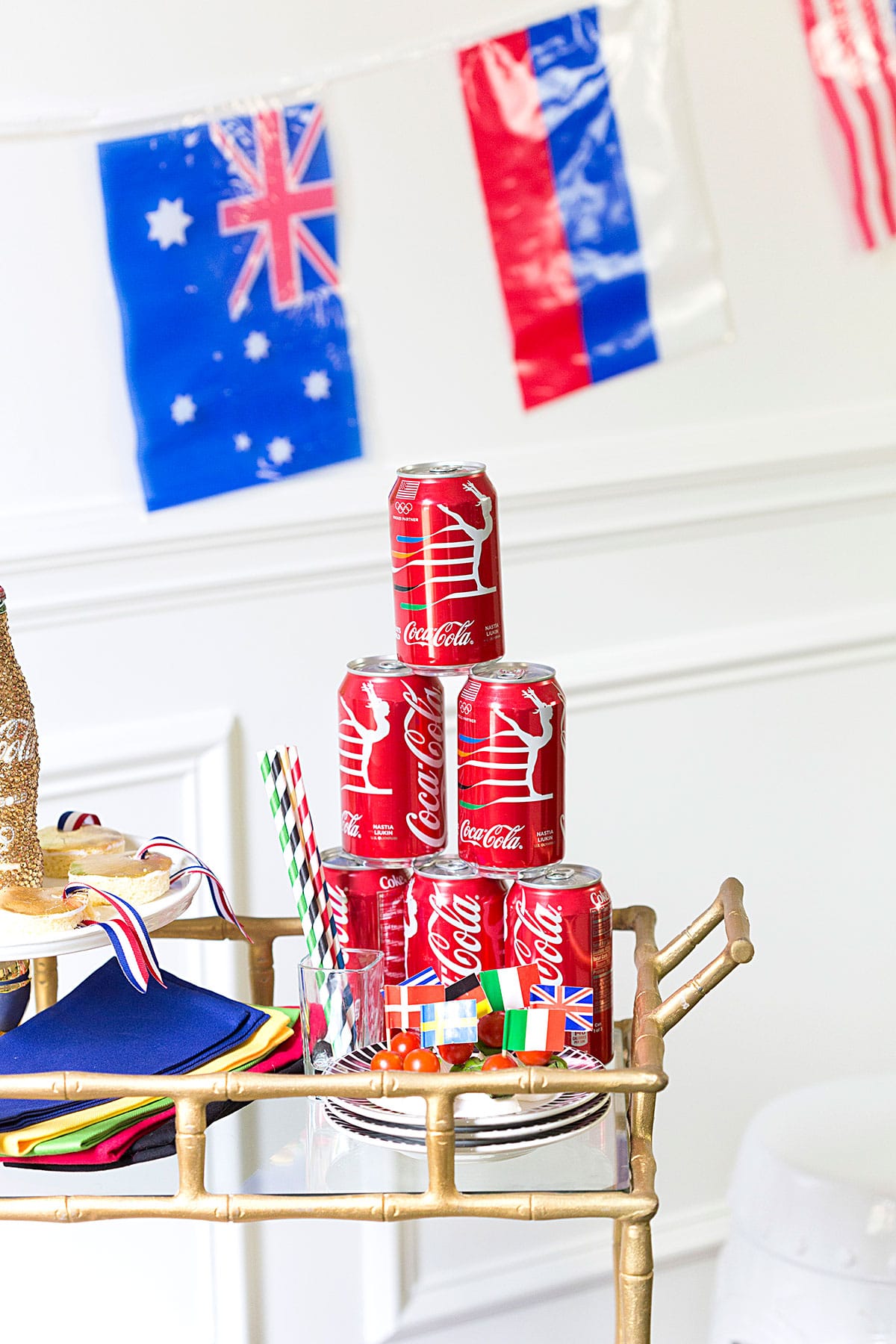 If you want to set up your own Olympic Games home viewing party, here are a few little tips and tricks:

There you have it! I love using a bar cart because it’s easy to roll right in to the TV room, but you could use a small sideboard table or even a coffee table! The point is getting together with friends to enjoy each other and great food. #ThatsGold!

If you missed the memo on my other post here, then don’t forget you have one more day to get in your entries to win one of these glitzy gold Coca-Cola bottles! Full details below…

Share your gold medal moments with me! I want to know what you’ve done (or witnessed) lately that deserves celebration. Submit a video, photo or written submission for the chance to win a one-of-a-kind Coca-Cola #ThatsGold prize! Just send your entry to courtney@pizzazzerie.com no later than August 12th at 11:59pm. Get those entries in! And be sure to share your #ThatsGold moments with friends, family and @CocaCola on Twitter and Instagram to inspire more everyday moments made gold and spread happiness during the Olympic Games.