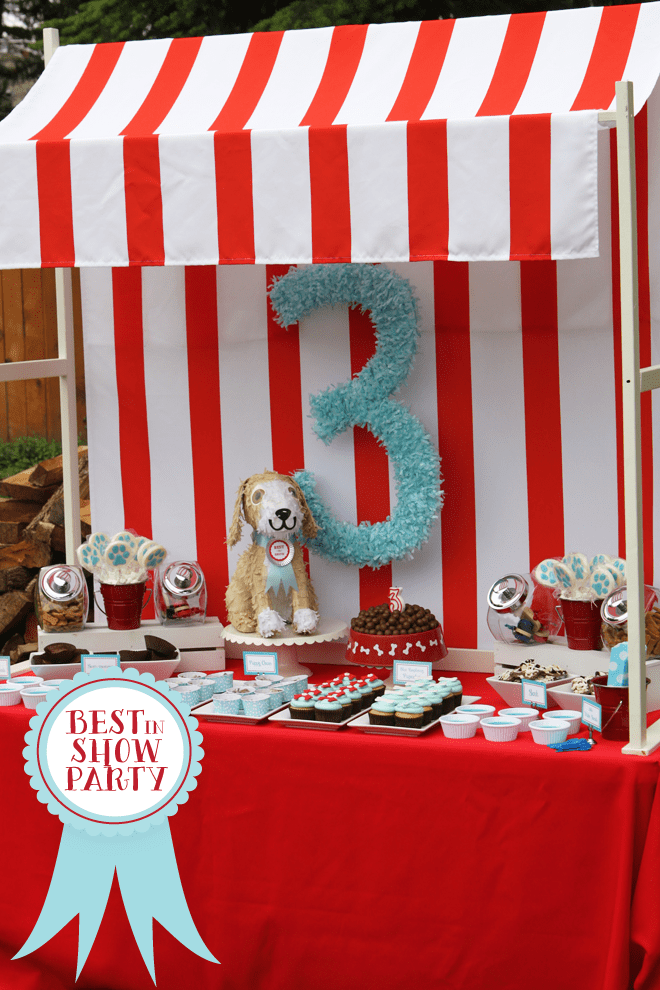 It doesn’t get much cuter than this, y’all! It’s a “BEST IN SHOW” Puppy Party! If you know me, then you know I’m obsessed with my dog (Henry) who even makes an appearance in my latest cookbook (Frostings) so when one of our sweet readers – Katie – sent over her daughter’s adorable Puppy Party, we knew we had to share it with you! She did SUCH an amazing job with every last detail. There was even a “puppy shop” and best-in-show ribbon awards. I love the red and white stripe detailing too. The treats? OH the treats! You’ll have to keep on looking below for those goodies… and check the bottom for a HUGE twitter party happening TONIGHT! 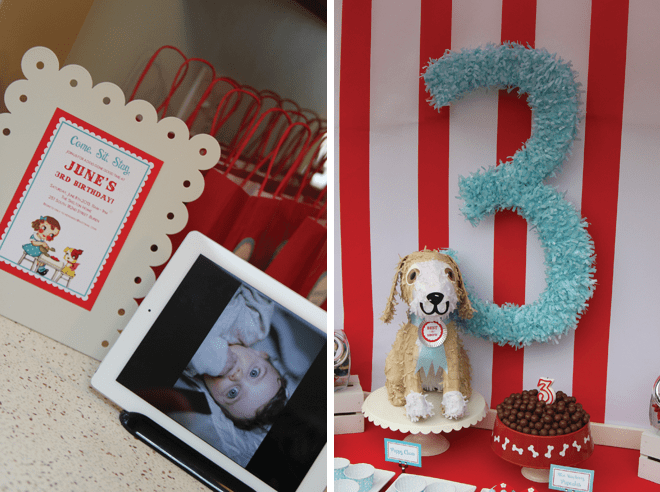 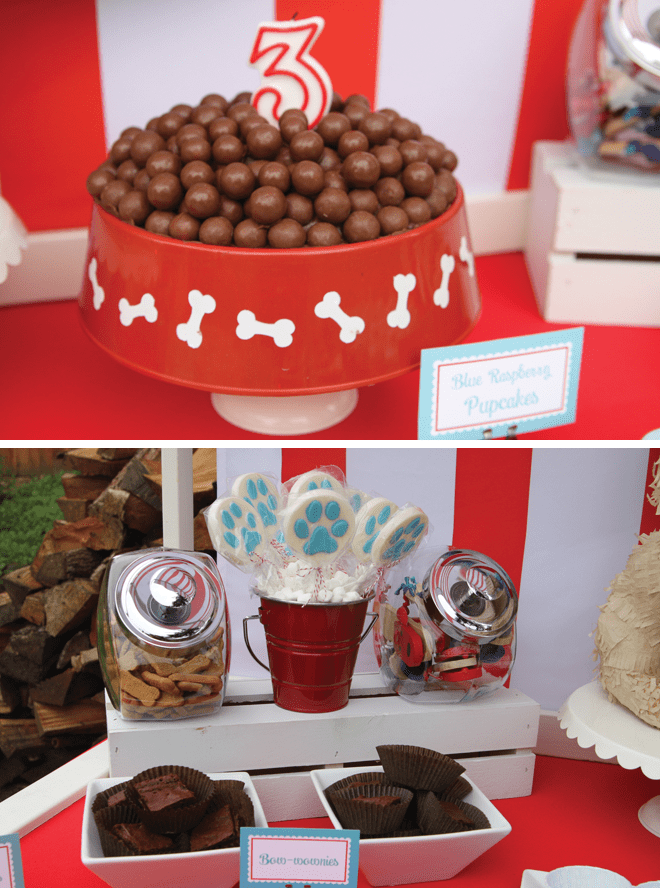 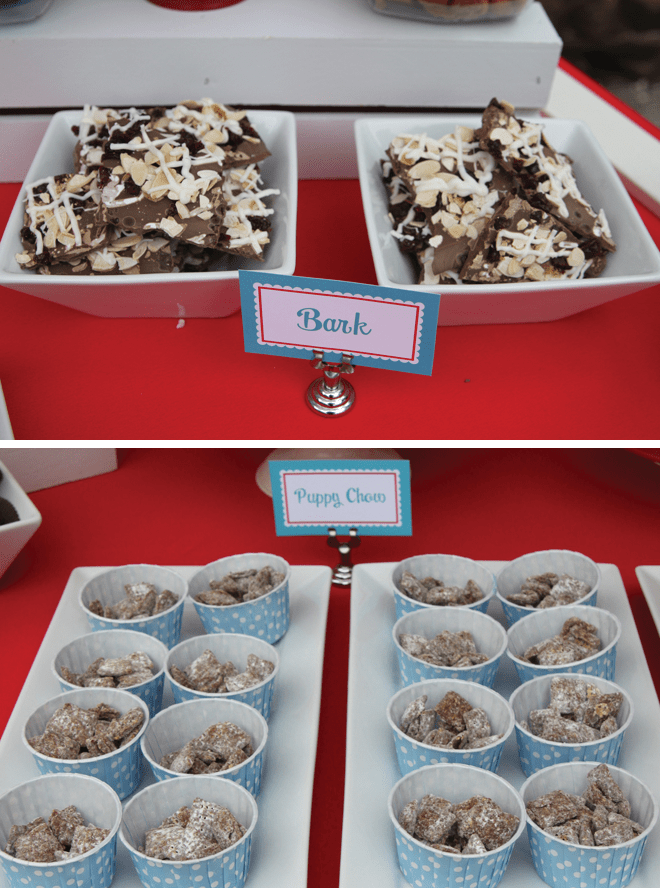 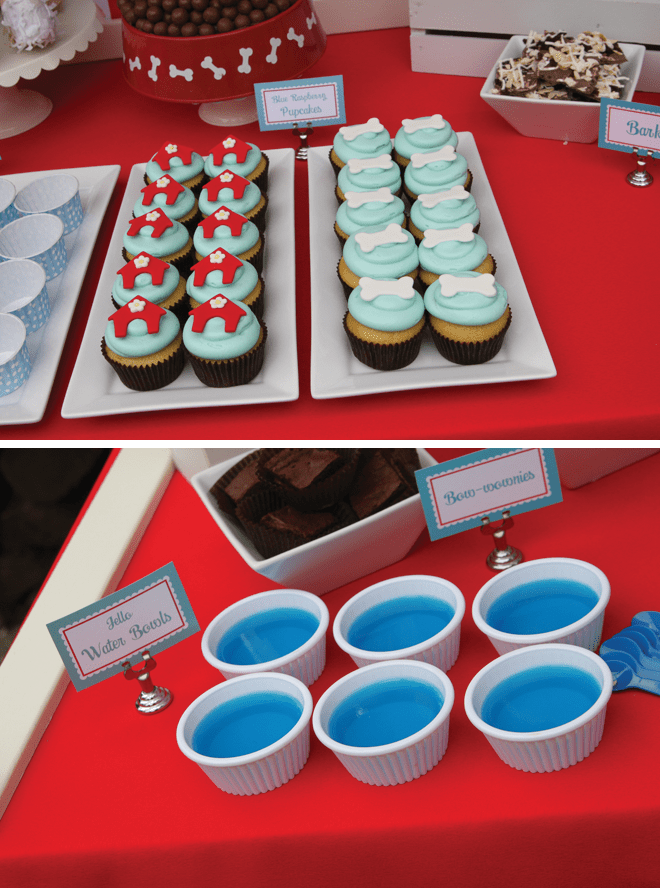 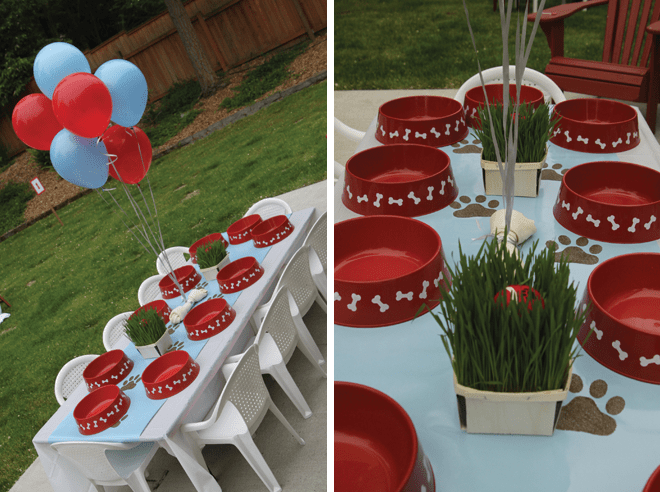 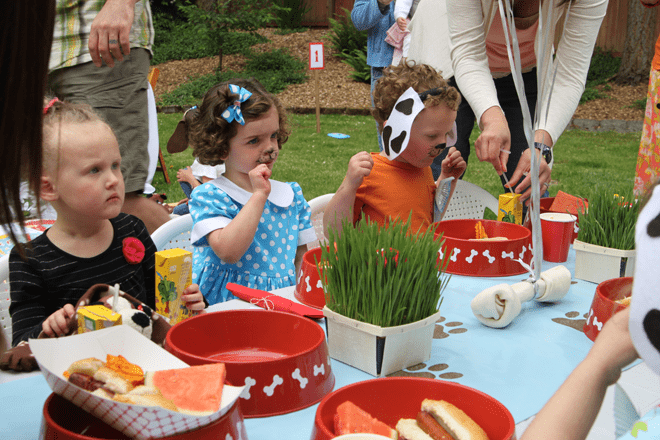 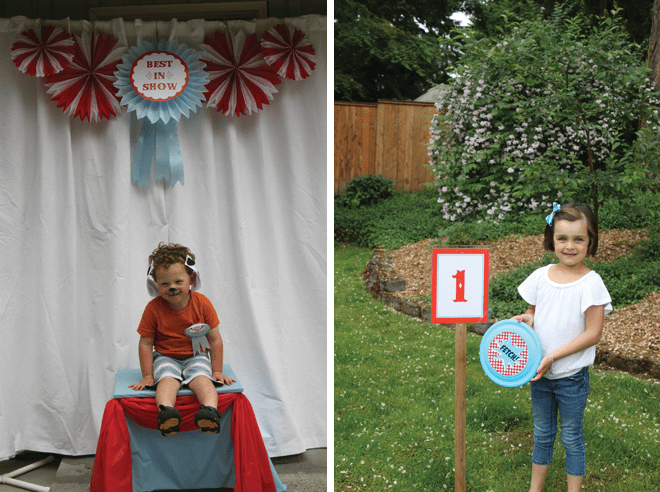 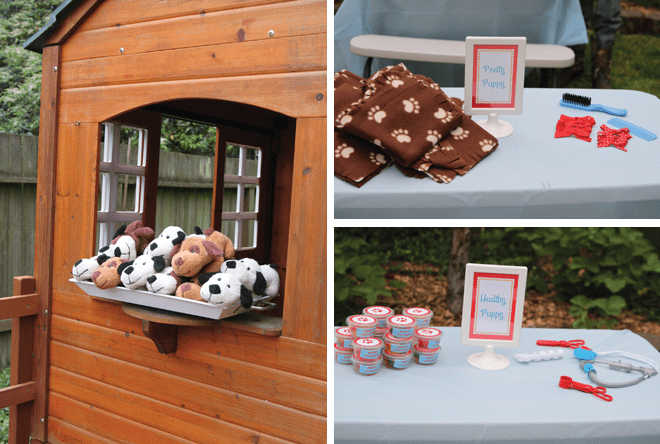 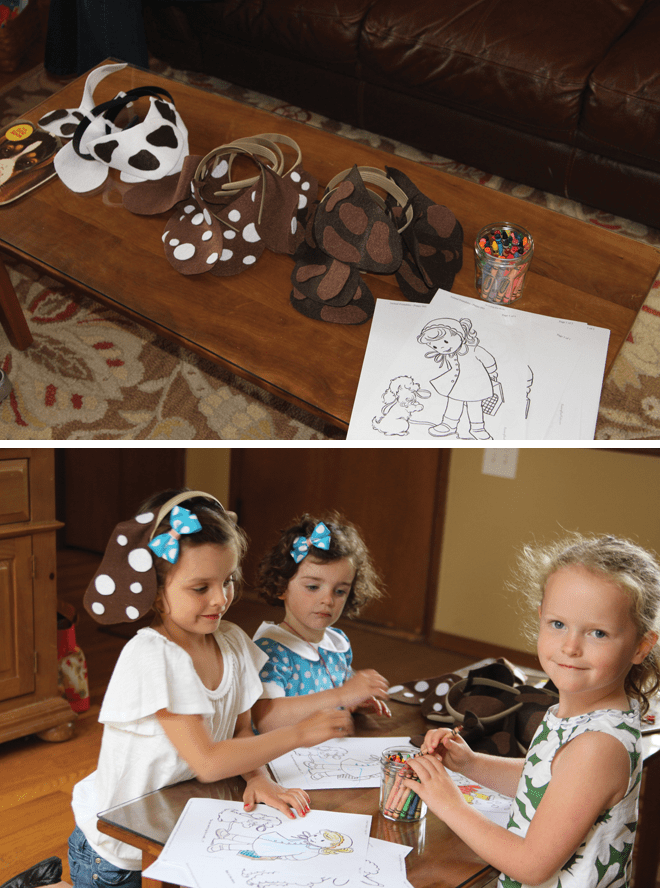 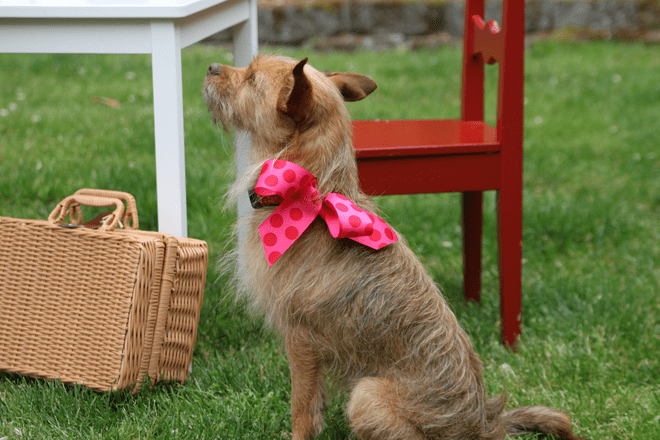 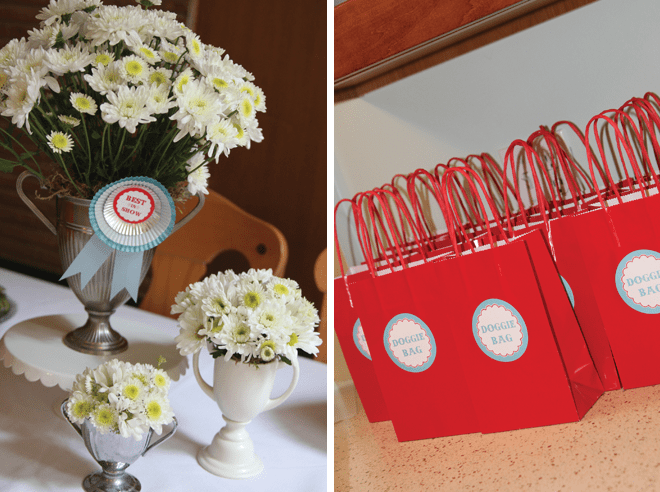 “Our daughter June turned three recently and since she has been obsessed with puppies for a very long time we had to throw her a Best in Show Puppy Party. The invitation with vintage graphics of a little girl having tea with her puppy were the perfect inspiration. June even had her own tea party with her puppy cousin Clover to mimic the invitation. Décor included red and white stripes, blue wrapping paper as table runners and pops of fresh wheat grass. June’s friends started the party by choosing their own set of puppy ears to wear. Then they headed for an obstacle course including frisbee, fetch and tunnels.

Once completed, they were awarded with a best in show ribbon (made from cupcake liners) and then on to the podium for a picture. The podium backdrop had a large best in show ribbon made from a tissue fan. Next they all headed to June’s Puppy Shop to adopt their own furry friend complete with an adoption certificate and collar. Then off to the Veterinarian to make sure their puppy was healthy and gave them a dose of Puppy Vitamins (Gummy Bears).

After the vet they were off to the Puppy Parlor for a quick comb, hair bows and a new blanket. All the little puppies ate their lunch of hot dogs, pupcorn, fruit and veggies from their own dog bowl.  They also enjoyed a dessert buffet of graham cracker dog bones, Jello water bowls, bow-wownies, puppy chow, bark, paw print chocolate pops and blue raspberry pupcakes. Birthday girl June enjoyed her own chocolate malt birthday cake served in a dog bowl.” 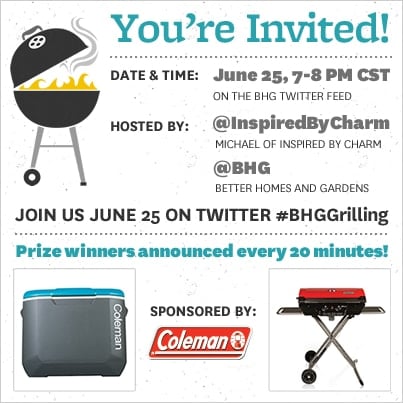 It’s TONIGHT! So don’t forget! You can follow along with me at @pizzazzerie. We will be using the hashtag #BHGGrilling for the party.