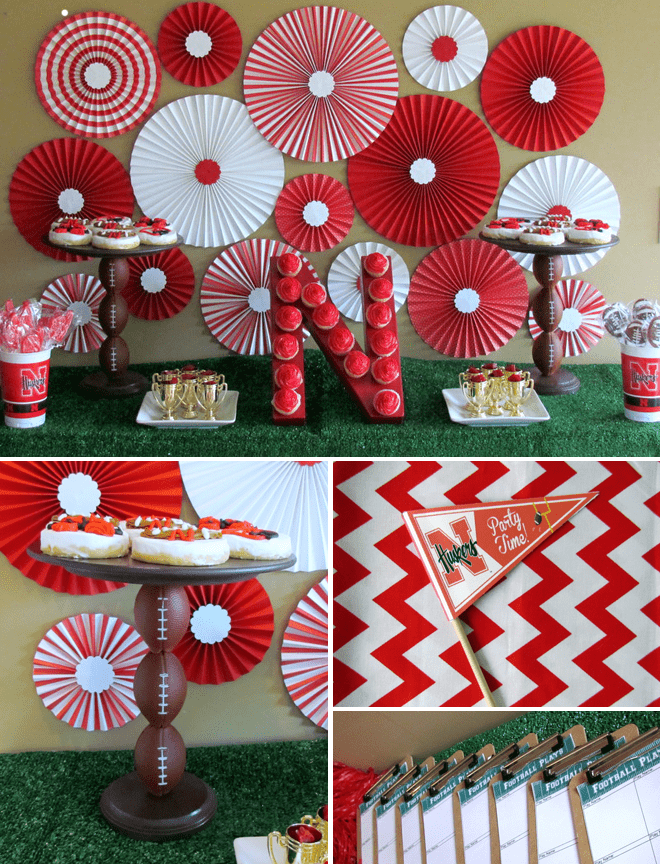 What better way to welcome the start of college football bowl games than with some football party inspiration? Now, I have to admit that I am putting down any team alliances to share this one with you. I graduated from The Ohio State University and while I’m a supporter of the Big 10, I must say this party would have looked much nicer in scarlet and gray! Go Buckeyes! ;)

All kidding aside, this birthday celebration from Party Like Paula is full of great ideas that can be used by all football fans from now until the Super Bowl! As Paula says, “Ready, set, start planning!”. I’ll let Paula take it from here, so read on to get the play by play!

“We live in Omaha, Nebraska and everyone here eats, sleeps and breathe’s Husker Football!  It is only fitting that my son chose to have a Nebraska Husker Football Party this year to celebrate his birthday. I made mini pendant invitations to resemble ones you would see at a Husker game and the back showcased the party information. Guests were greeted with custom yard signs leading up to our front porch which was covered in turf!

We had a Popcorn Bar featuring 6 flavors including Ranch, Jalapeno, Garlic & Parmesan, Salt & Vinegar, Carmel Apple & Confetti. The boys enjoyed voting to see which popcorn everyone liked the best!  I designed a card with all of the popcorn flavors on it and provided stickers.  The kids were able to place their sticker next to the popcorn flavor they liked best!  Carmel Apple came in 1st.

Guests left the party with mini clipboard football favors that held “Football Play” sheets.  I designed these football play sheets for the kids to be able to make up their own football plays at home!  We had a few girls at the party and they parted with red pom poms.  They also enjoyed using them to cheer the boys on during the football game near the end of the party!” – Paula of Party Like Paula 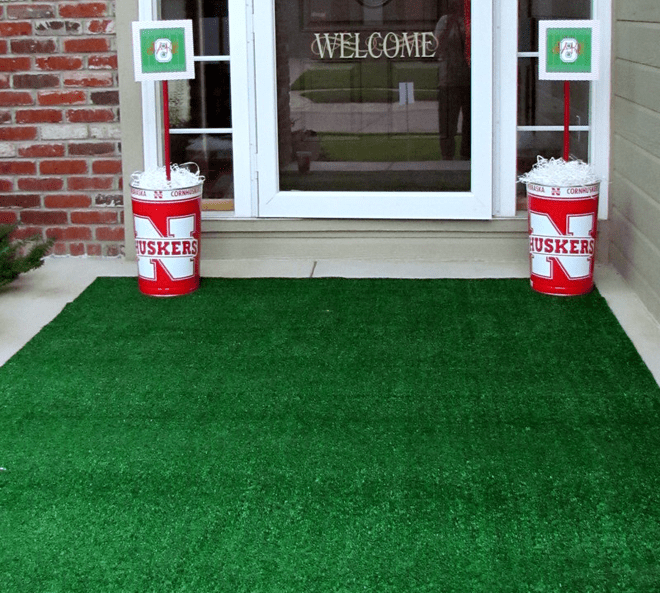 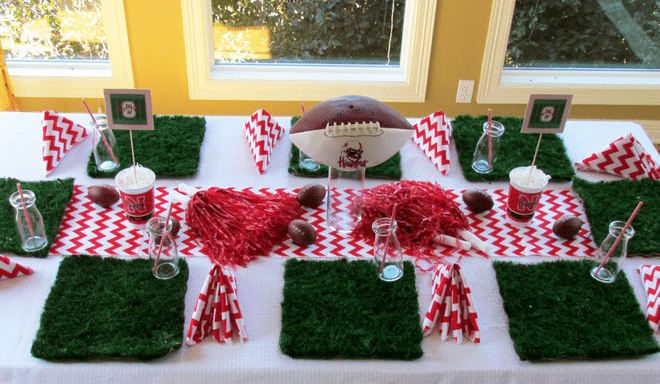 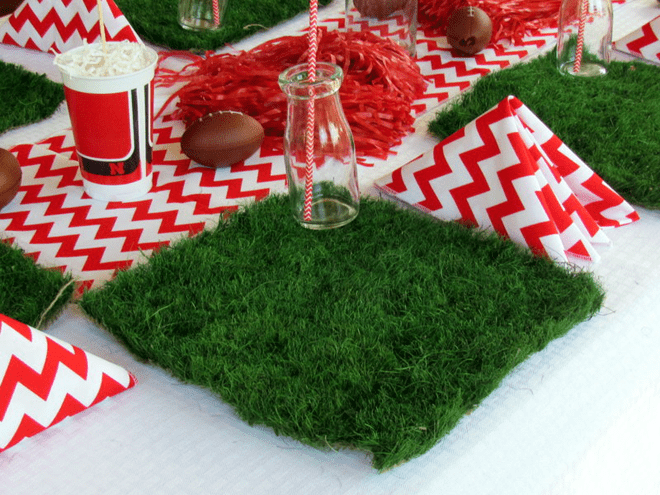 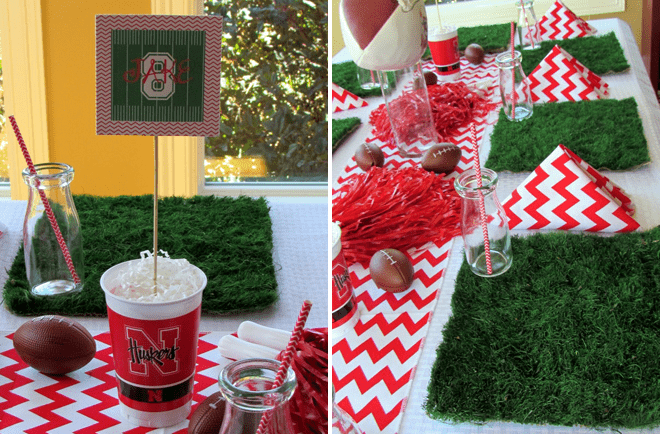 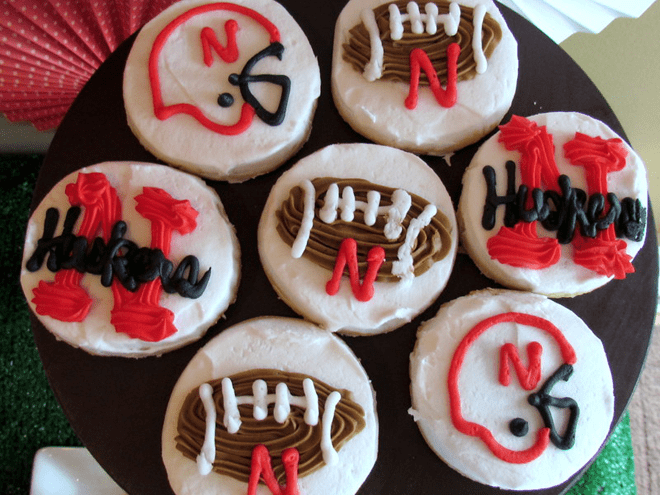 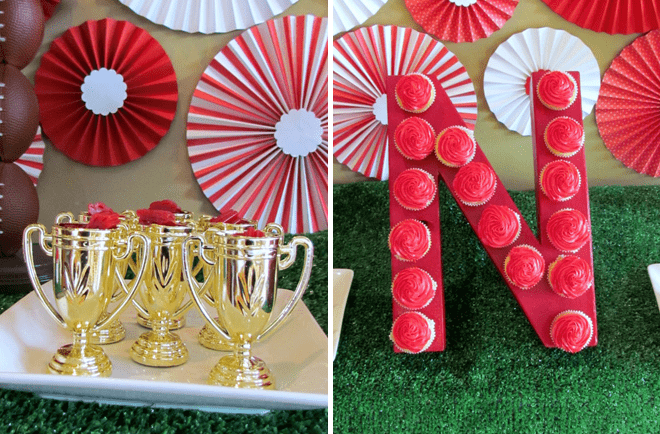 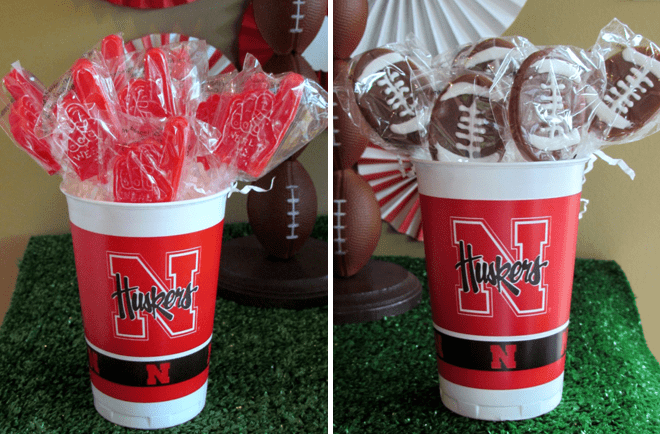 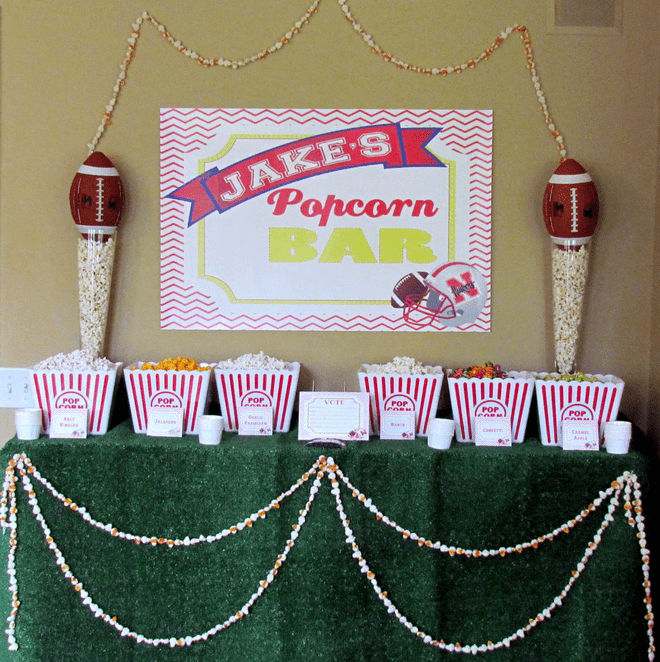 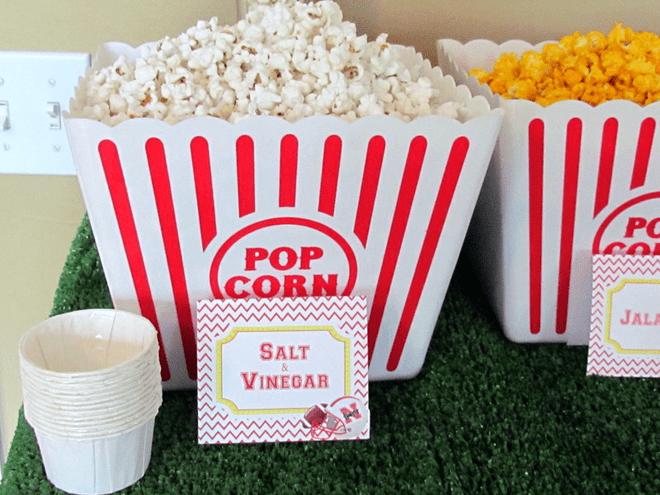 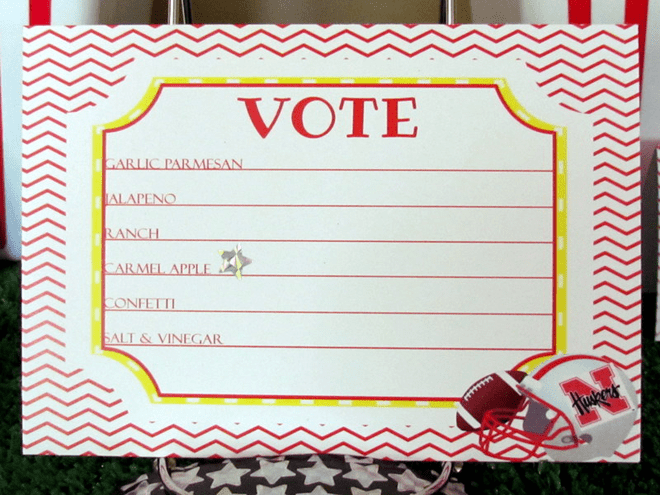 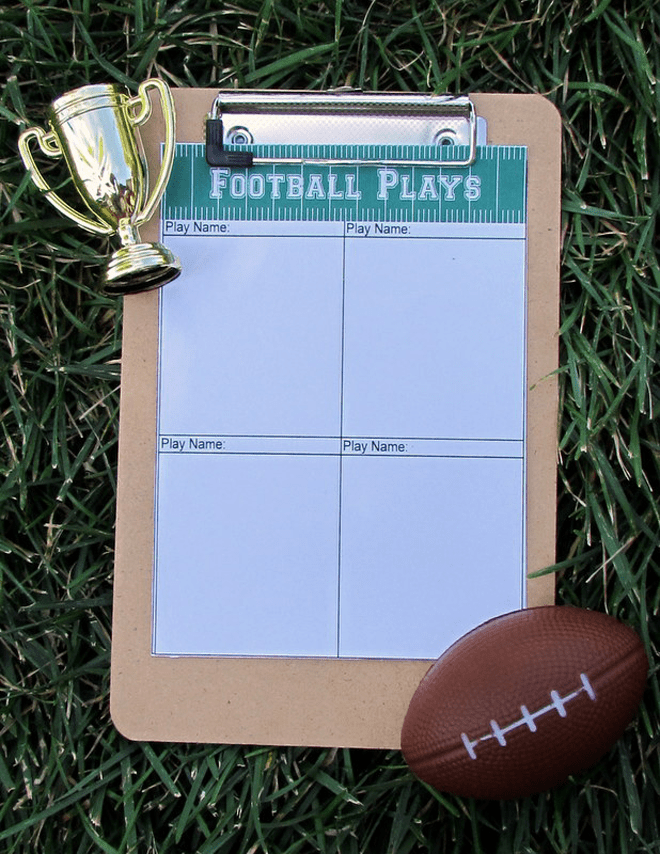 Are you ready for some FOOTBALL? We are so inspired by this party, and we hope you are too! Pin these images to save as inspiration for your favorite big game!