We hosted a George Costanza Party for our pup, “George” who turned 3! Take a look at how we celebrated, Seinfeld style… 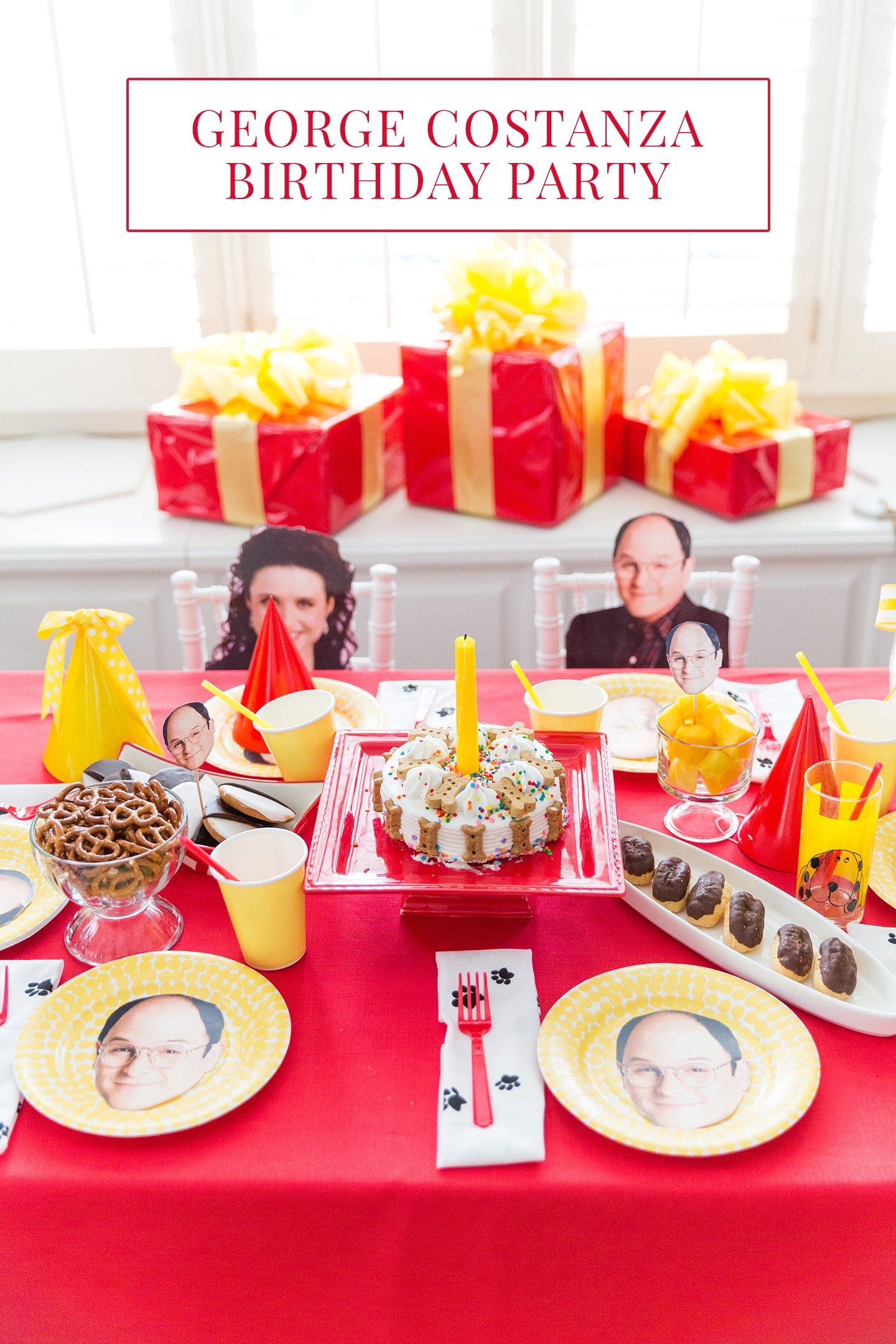 You might be wondering what in the world I’ve been doing over here, but if you’ve stopped by Pizzazzerie before, you KNOW I love an excuse to throw a party. My Irish Setter – George – is quite the fan favorite over on my Instagram so I figured you might like to see how we recently celebrated his 3rd birthday party. See, when you do what I do, you celebrate the dog too! You can see more pictures below but George’s first birthday party was Curious George themed. His second birthday was “George of the Jungle” themed (pics below). This year? GEORGE COSTANZA!

George is part of the family, and I own a lot of party props so it’s a match made in “pawtee” heaven, to be honest! I only had to grab a few things from the store and it made for a really fun weekend celebration. See below for more pics, my Seinfeld-inspired party menu, and last year’s pictures too! 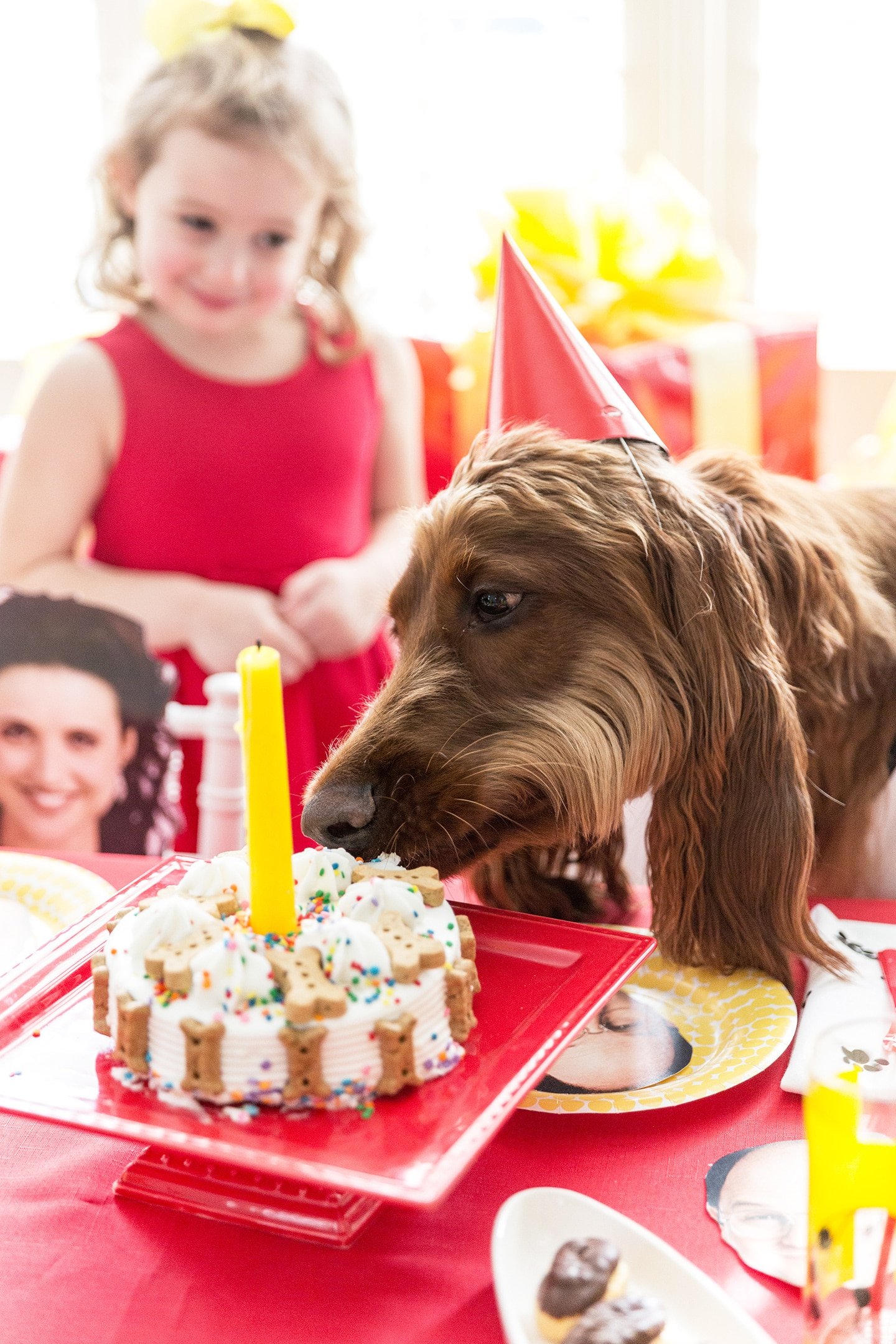 As you can see, George had an absolute BLAST.

We served up mango, eclairs, pretzels, and black and white cookies! If you watch Seinfeld, then you can probably catch the references to the show with our party menu! If you’re hosting your own TV-character party, let the show’s “inside jokes” help plan your menu! There were a lot of additional Seinfeld-themed foods we could have served, but again, this party is for our dog so we didn’t want to go overboard any further than we already had. ;) I mention it to note that if you’re hosting a larger Seinfeld bash, there are LOTS of fun food ideas! 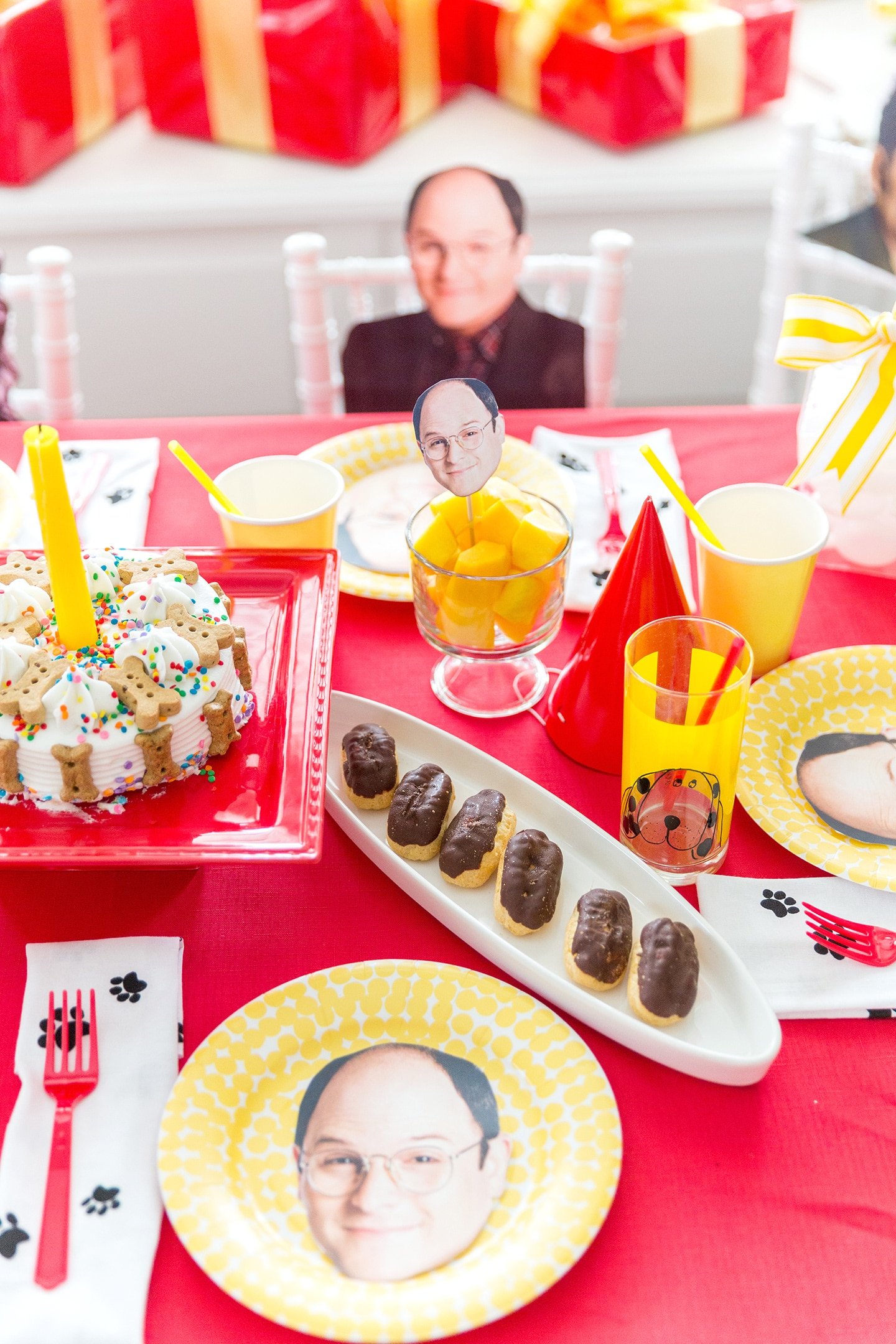 I got a few questions about the “George Costanza” faces. They’re simply printed right off and set in the party plates. I printed some smaller ones to put on a skewer and stick down in the foods. Super easy! We also added the other characters – Elaine, Jerry, and Kramer of course. Just be sure to find a high-resolution (or medium resolution) image and print away. 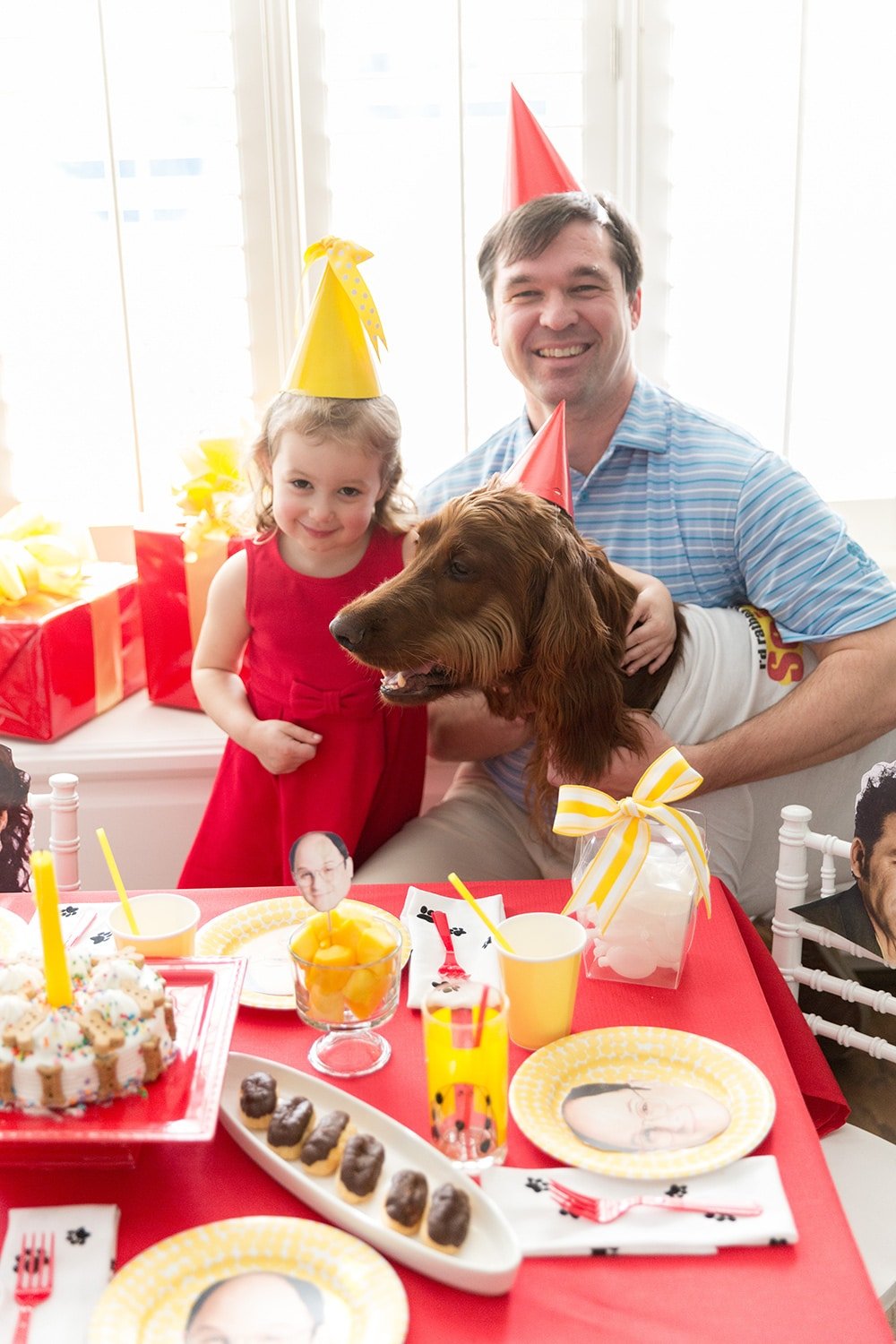 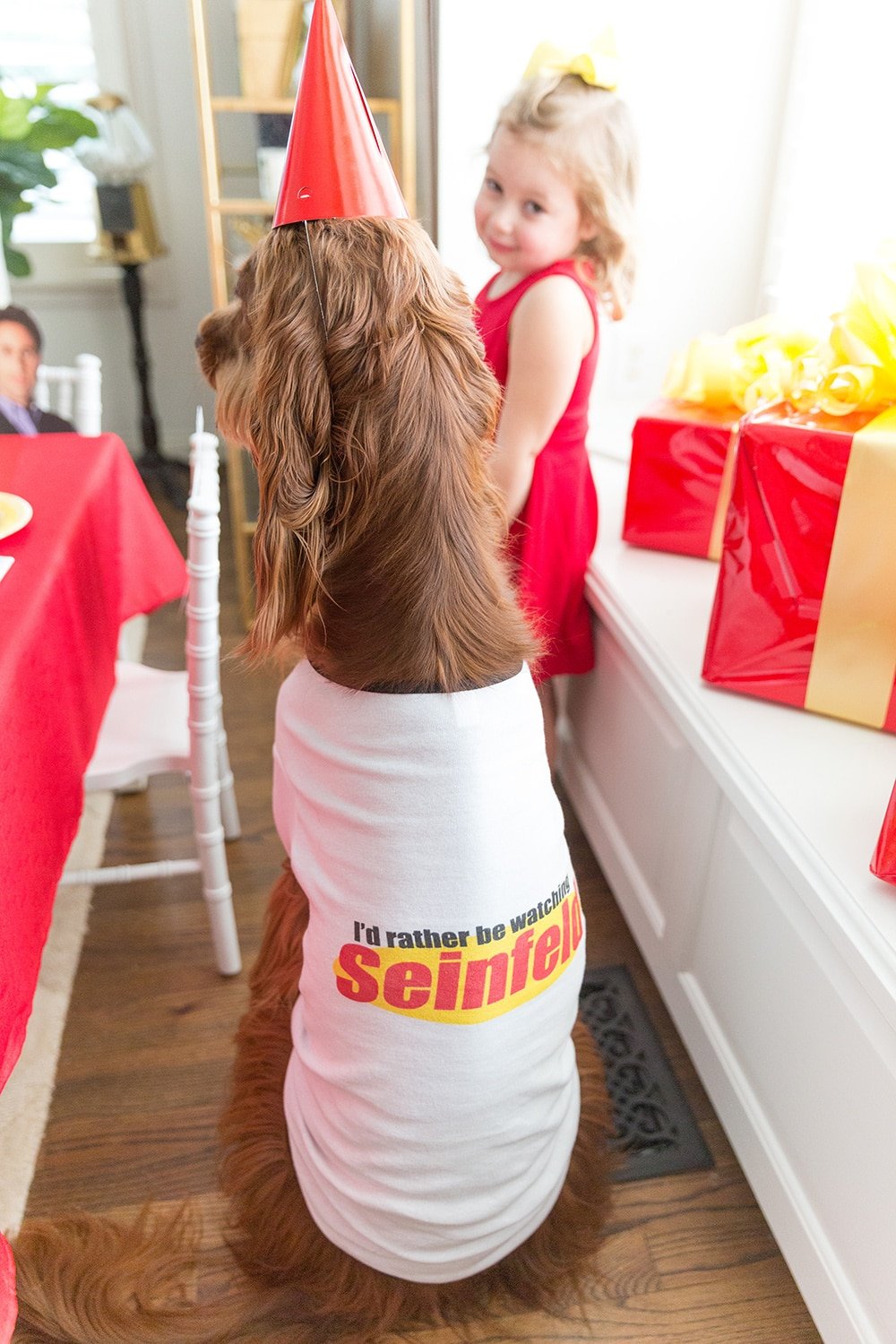 I found this dog shirt on Cafe Press after a little googling. I was going to try to dress up like George Costanza, but that seemed more difficult, so I went with this funny tee. My husband couldn’t stop laughing at George in a t-shirt. 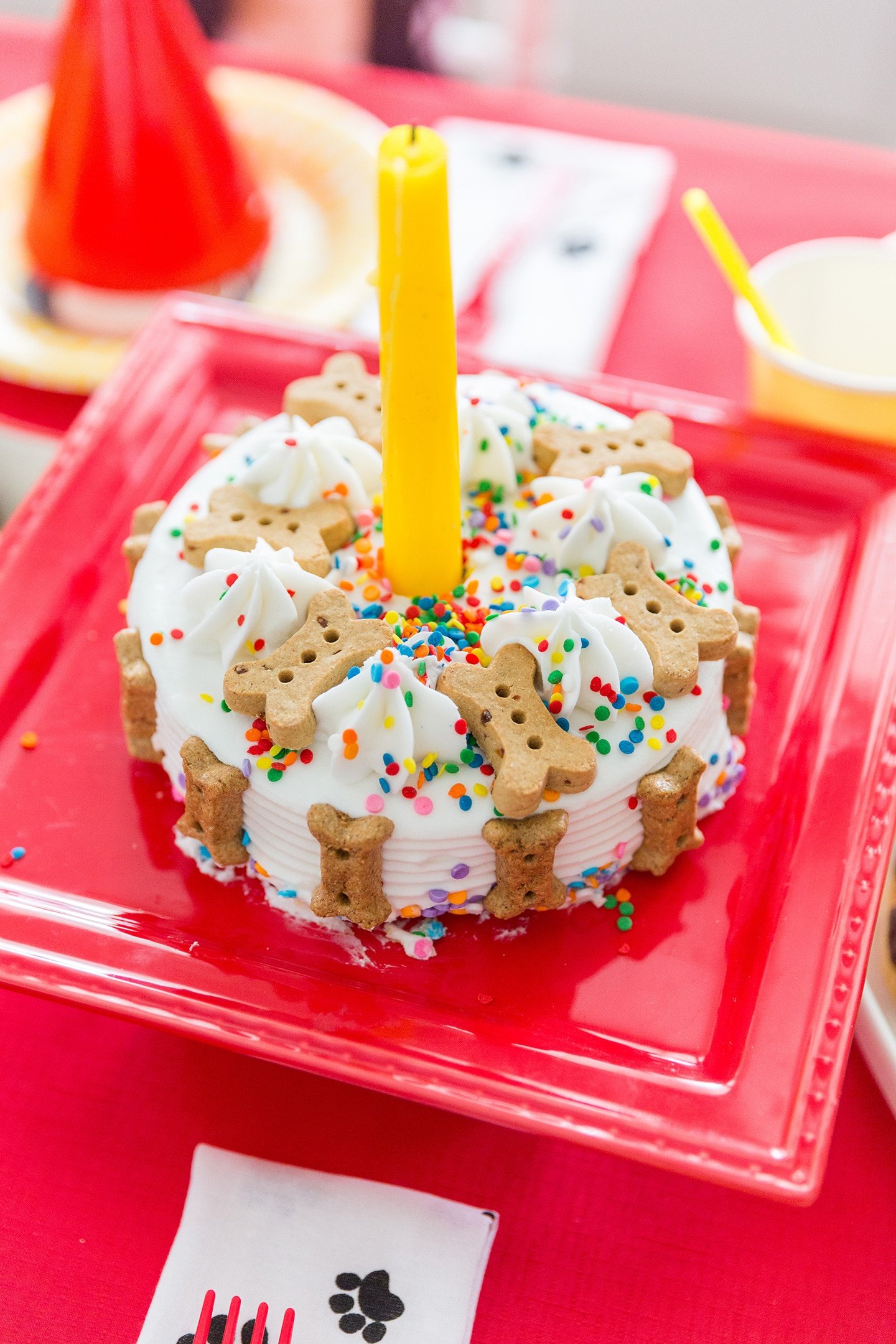 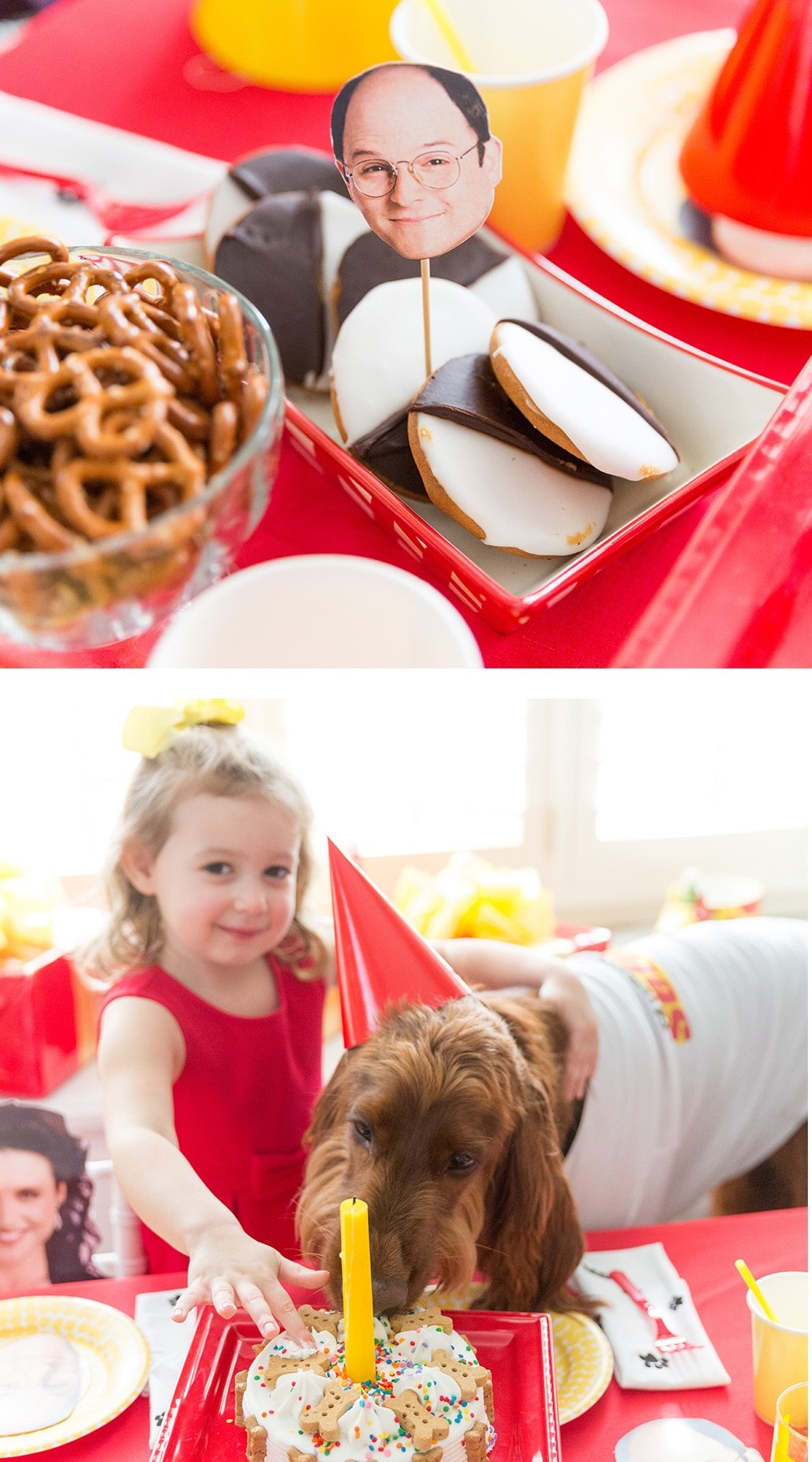 There you have it! A George Costanza Party! We laughed all day, had a blast, ate lots of Seinfeld-themed treats, and celebrated our favorite furry addition the family! I promised you pictures of George’s 2nd birthday party, so you can find them below! It was “George of the Jungle” themed! 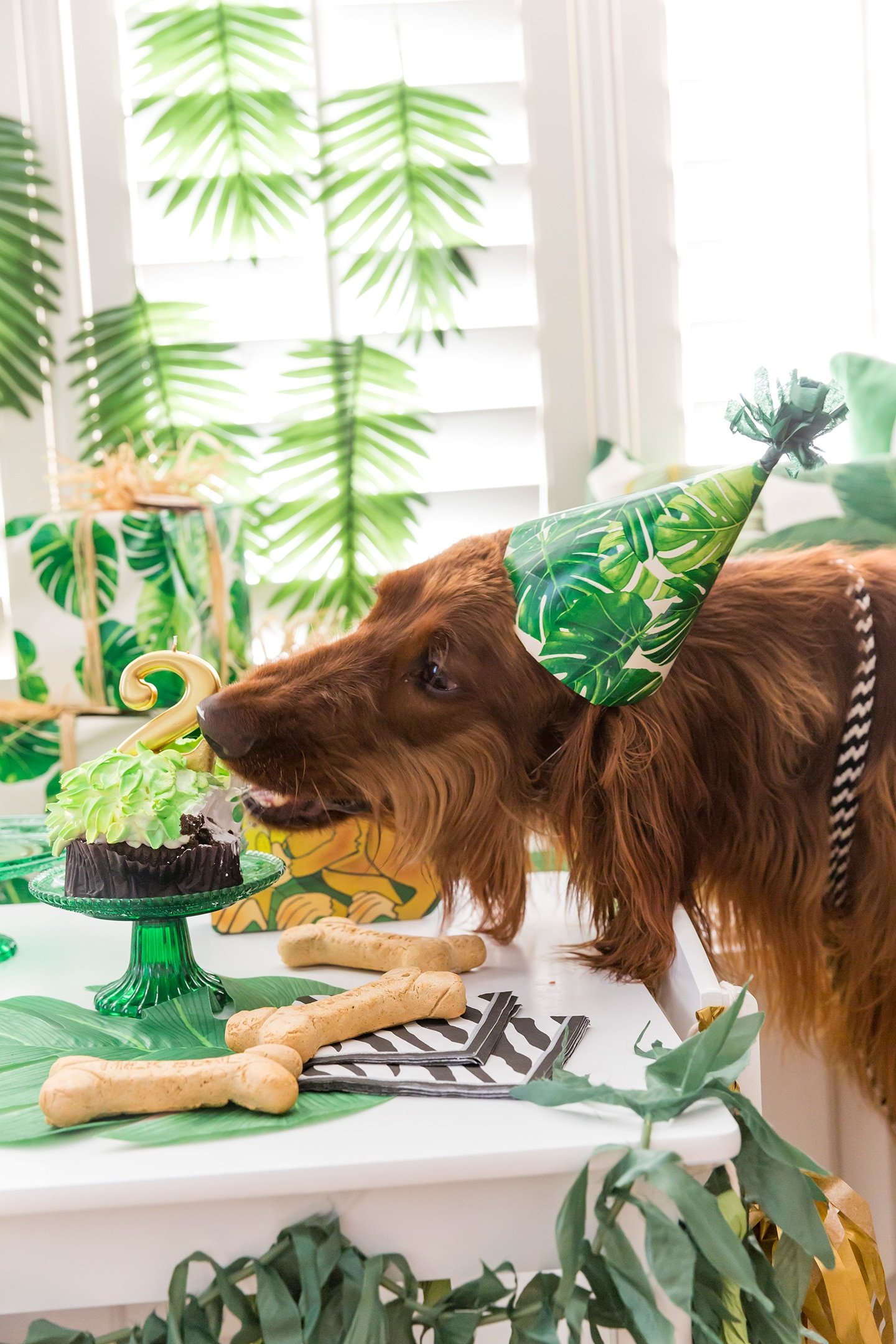 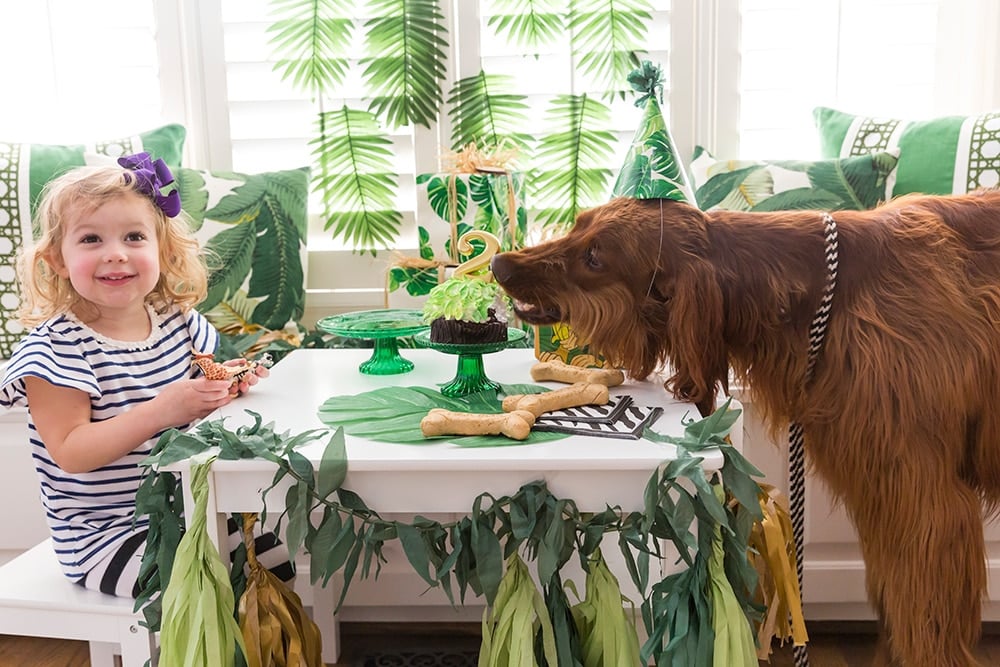