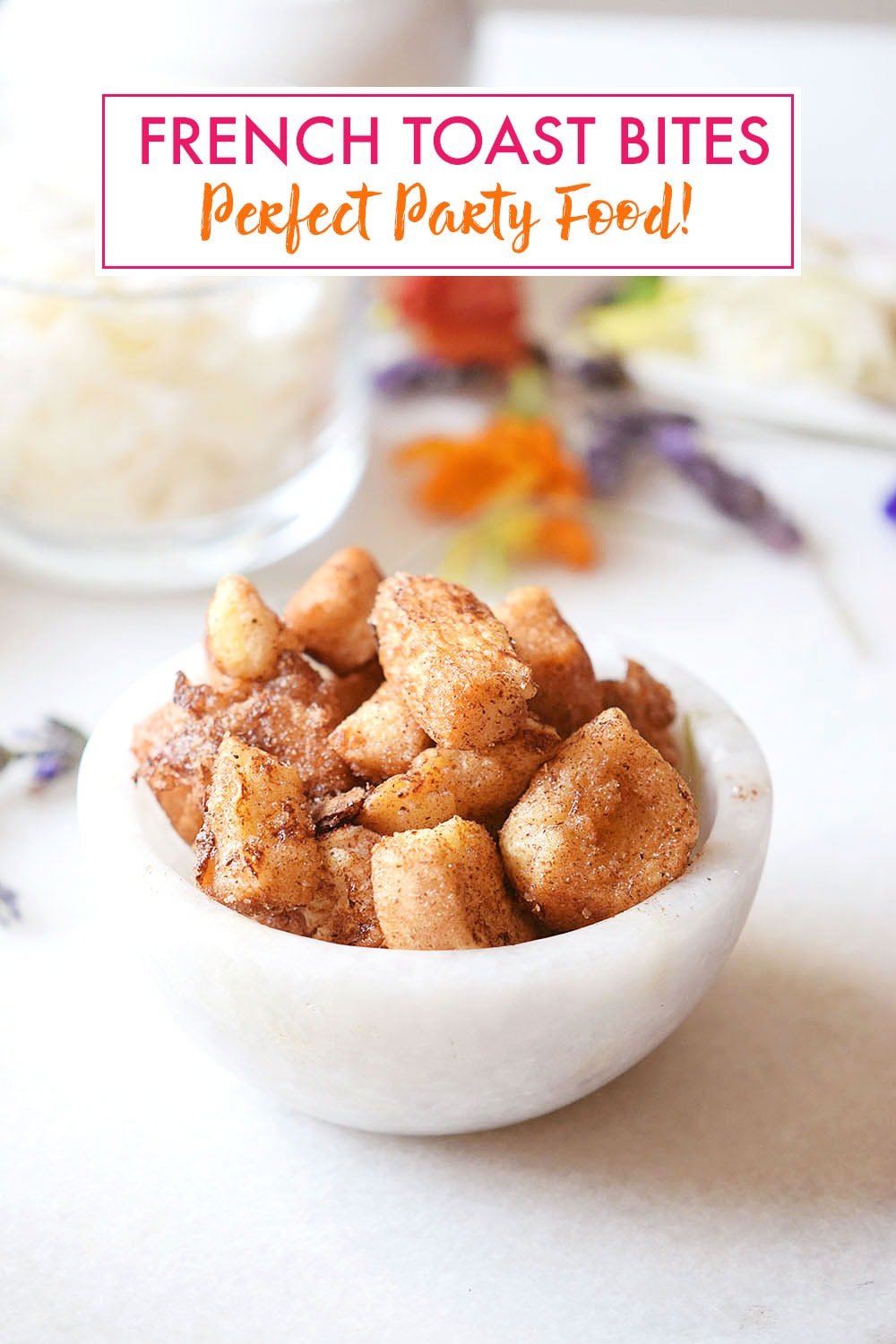 These French Toast Bites are one of those recipes you need to make for every morning gathering you host, like seriously NEED to make it because it’s just so good everyone will keep asking for more (and for the recipe, and for some later). French Toast Party Bites are incredibly delicious, fairly easy to make and look straight out of a magazine (+ it’s perfect for the summer months!)

These french toast bites are loaded with flavor, covered in the most delicious cinnamon sugar ever and have the perfect size for parties (read: bite size). 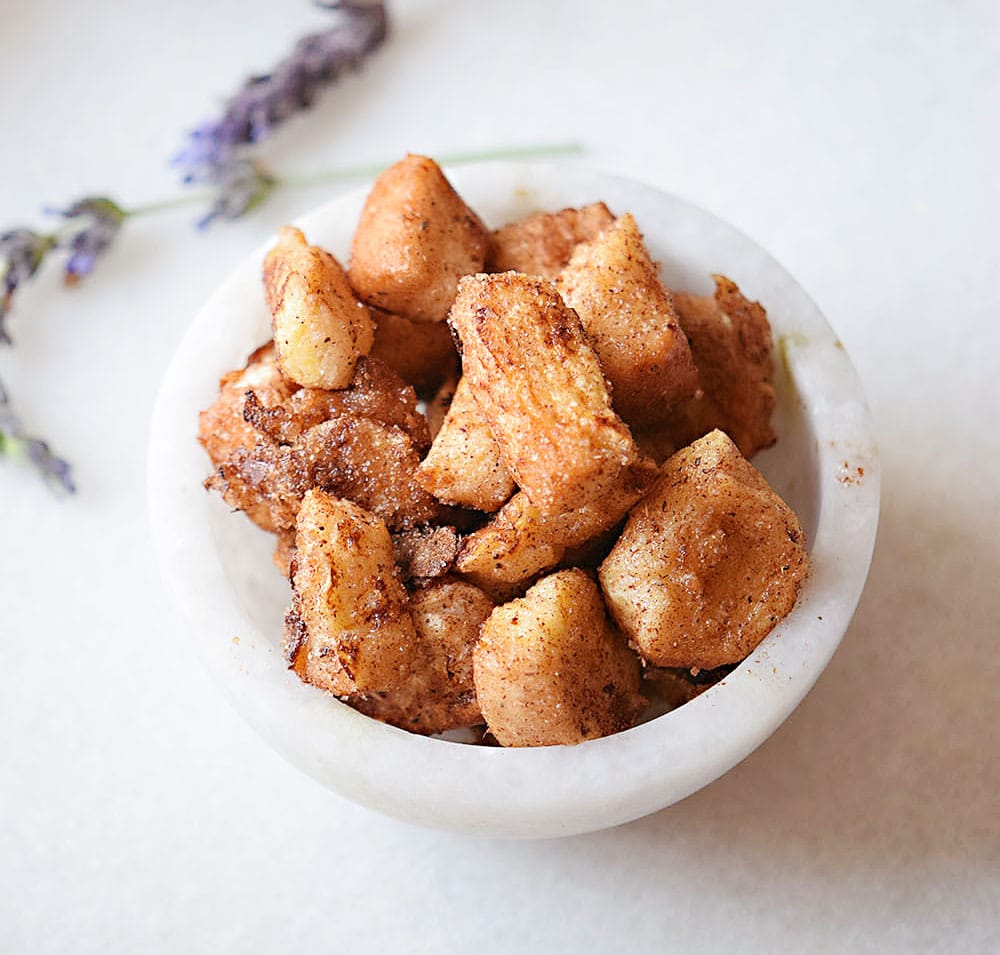 I also love that you can quickly make a French Toast “bar” if you are feeling like elevating your get-together to full party status! For the bar, you can make a big batch of french toast bites, cover in sugar half of them and leave plain the other half and serve an assortment of toppings and syrups. My favorite flavor combo is coconut slices (it also looks BEAUTIFUL in clear serving bowls) and maple syrup. Think of it like the french sister of the pancake bar. 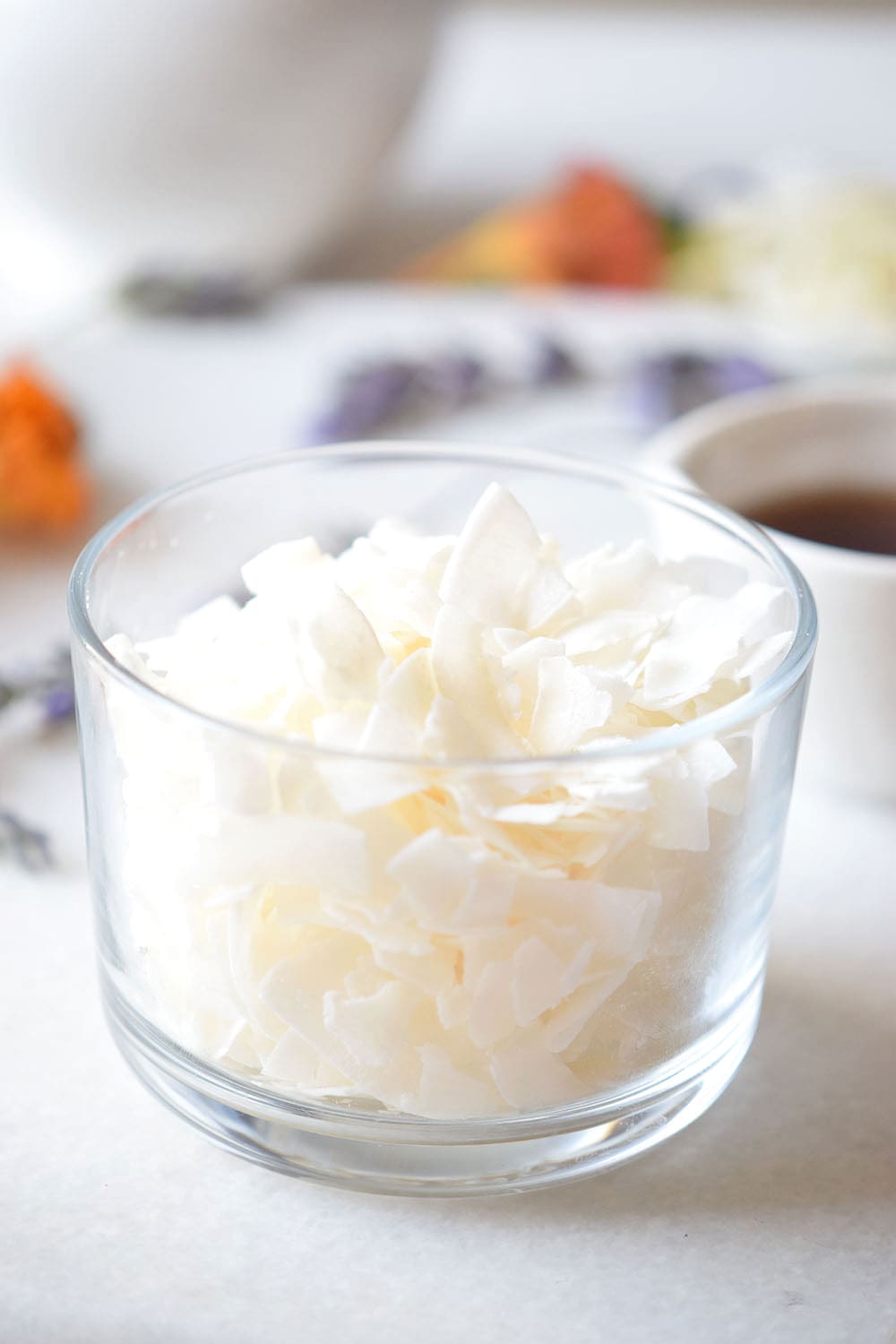 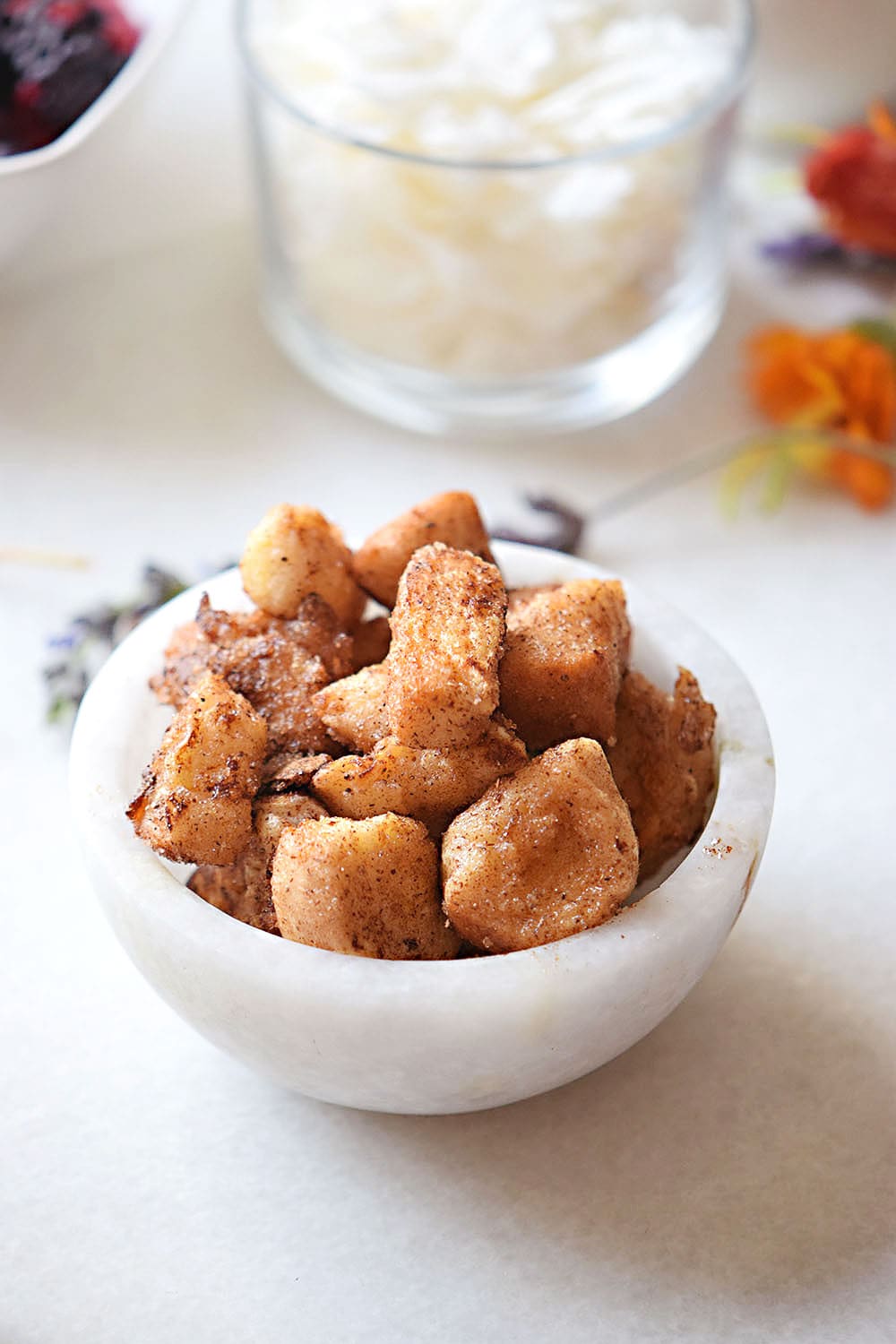 To pack them with serious flavor, I dunk them into a spiced milk and egg mixture. I usually like to add nutmeg and cinnamon but you can also add pumpkin spice (for a fall-appropriate treat) or chai spices. I tried all the options and they are all super delicious and comforting. Then just pour it into a well oiled hot pan and cook until they are golden brown.

Serve them in little bowls and you just made the most adorable morning appetizer. 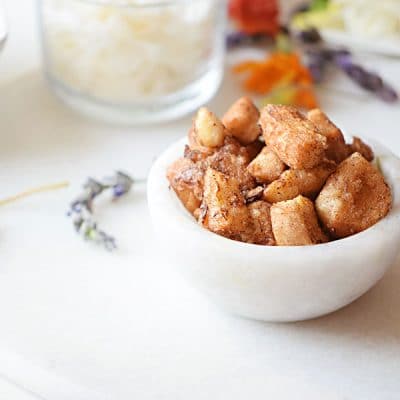